Chris Gayle takes a U-turn on retirement, says he is playing 'until further notice'

In a 10-second clip speaking to West Indies Cricket, Chris Gayle said: "I didn't announce any retirement." When asked if he is still with West Indies cricket, he replied: "Yeah, until further notice," as he put to rest talks of retirement. 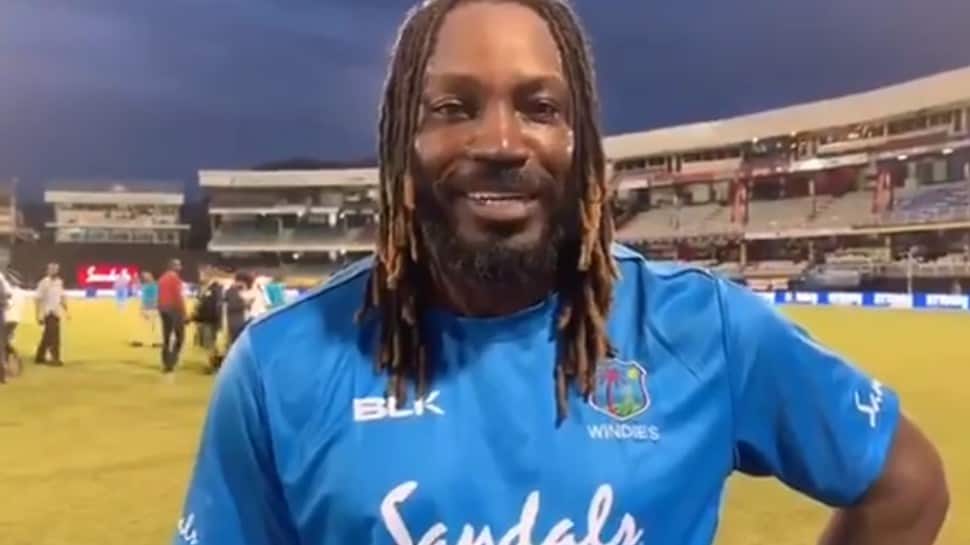 Port of Spain: Swashbuckling West Indies batsman Chris Gayle wore a specially made jersey with No. 301 inscribed on it when he came out to bat against India in the third ODI of the three-match series. In what appeared to be his last ODI for the West Indies, Gayle on Wednesday played a blistering 72-run knock, leading the hosts to a competitive 240 for seven in the rain-curtailed match at the Queen's Park Oval.

Gayle was congratulated by the Indian players and given a standing ovation by the crowd as he walked off after his dismal to Khaleel Ahmed. The gestures suggested that Gayle has played his last ODI. However, after the match which India won by six wickets chasing a revised target of 255, the 39-year-old revealed it wasn't the end of his ODI journey.

In a 10-second clip speaking to West Indies Cricket, Gayle said: "I didn't announce any retirement." When asked if he is still with West Indies cricket, he replied: "Yeah, until further notice," as he put to rest talks of retirement.

Kohli, in his post-match pressure, congratulated Gayle for a great career, probably unaware of Gayle's post-match clip. "I would like to congratulate him for a great, great career playing for West Indies. He's done so much for West Indies cricket and he's an icon all over the world. One of the nicest human beings around. That for me is his biggest quality," said Kohli.

"Everyone knows about his cricket but I think the kind of person he is - so helpful with the youngsters, fun-loving and always smiling, even in the most (high) pressure situations he is always smiling. Chris Gayle the person is the best part of him. The cricket everyone knows. I've been fortunate enough to spend a lot of time with him as a friend and get to know him as a person, and he is a gem of a human being. I think he can be really proud of that firstly," he added.