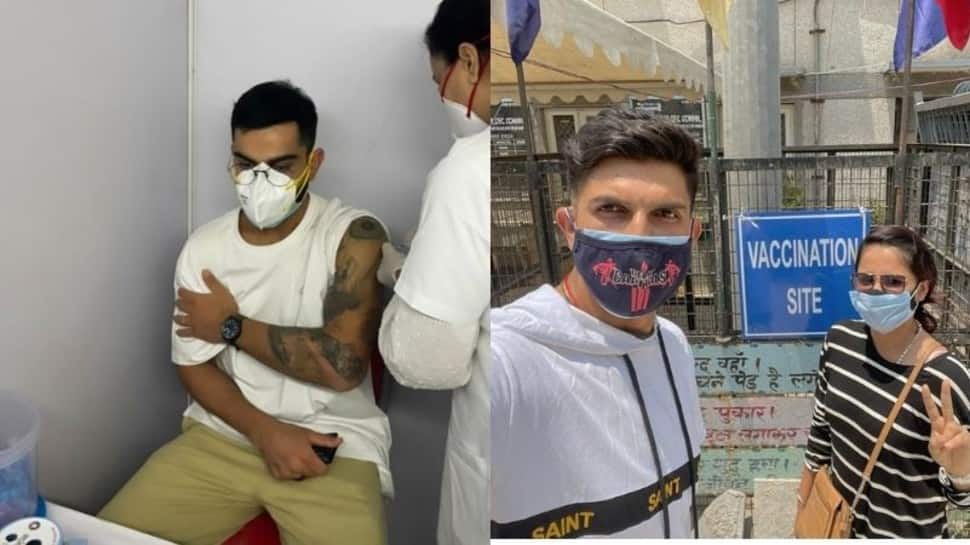 Team India players are getting themselves vaccinated in a hurry, especially the ones who have been picked in the squad for World Test Championship (WTC) Final against New Zealand and for the Test series against England as they are scheduled to fly to the UK on June 2 as per reports.

Notably, all the England-bound players are taking only the Covishield vaccine in and not the Covaxin.

It is worth mentioning that the second dose of the vaccine requires a gap of a minimum of 28 days and the 24 players bound for England will be in the UK as the Team Indian contingent leaves at the start of June. Thus, BCCI has asked the players to get the Covishield vaccine instead of the Covaxin, as Covishield is based on Oxford-the AstraZeneca vaccine (a UK based product) meaning that the Indian players can get the second jab easily during the five-match Test series against England.

Talking to TOI, a BCCI source said, "It is advised that they take Covishield in India because it is based on the AstraZeneca vaccine, a UK product. They may get the second shot in the UK. Getting a different vaccine [Covaxin] here is of no use.”

Team India will be playing the WTC final against New Zealand in a bio-bubble at the Rose Bowl in Southampton from June 18.

After the WTC, India will play a series of 5 Tests against England in Nottingham, London, Leeds and Manchester between August 4 and September 14.