The first day's play of the clash between Victoria and Western Australia was abandoned in the 40th over after the players of both sides agreed that the MCG pitch was too unsafe to continue. 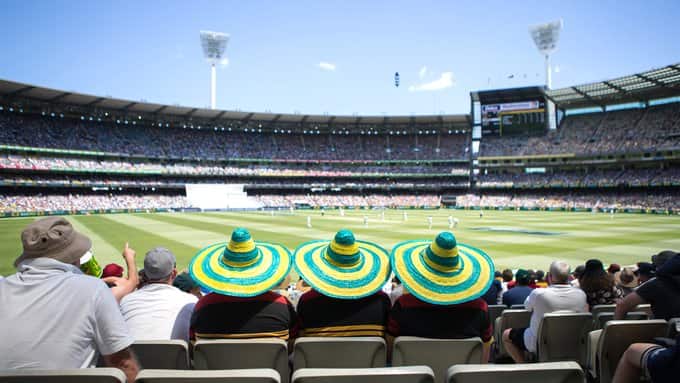 After the opening day of a Sheffield Shield match was suspended due to concerns over the dangerous Melbourne Cricket Ground pitch, Cricket Australia has assured that they would do every possible effort to make sure that the best wicket is used when the national side play the Boxing Day Test at the MCG.

Earlier on Saturday, the first day's play of the clash between Victoria and Western Australia was abandoned in the 40th over after the players of both sides agreed that the MCG pitch was too unsafe to continue.

The decision was taken after the umpires noticed that the pitch was too soft and the ball is creating divots, leading to the dangerously uneven bounce and forcing Western Australia's batsmen to endure numerous body blows.

With an aim to resume the match on time on Sunday, the umpires decided to call off the day's play with Western Australia standing at 89 for three after being asked to bat.

Though the suspension had raised concerns as to how the pitch would perform during Boxing Day Test, CA’s head of cricket operations Peter Roach shrugged off fears regarding the same.

Roach said that MCG curator Matt Page and groundstaff have more than two weeks to sort out issues.

“We’re very disappointed at today’s play being abandoned in the Sheffield Shield match between Victoria and Western Australia. But we also acknowledge that there have been two previous Shield matches at the MCG this season without incident," the International Cricket Council (ICC) quoted Roach as saying.

“Matt Page [the curator] and the MCG groundstaff have more than two weeks to ensure the Test surface, which is a different pitch strip to the one being used in this match, is of international standard.We will seek to better understand the issues that resulted in variable bounce at the MCG on Saturday. We will also work closely with MCG groundstaff in the lead-up to the Test match," he added.

Roach further applauded the decision of umpires Phillip Gillespie and Geoff Joshua to suspend the opening day's play and use roller on the wicket in an effort to address the variable bounce before the resumption of the match on Sunday.

“The safety of our players is always our highest priority.The decision to suspend play and roll the wicket in an effort to address the variable bounce was the correct one, and I applaud umpires Gillespie and Joshua for the decisive action taken," he concluded.