New Zealand and England will look to clinch the maiden title at the ICC World Cup when they lock horn in finals of this year's mega event on Sunday. 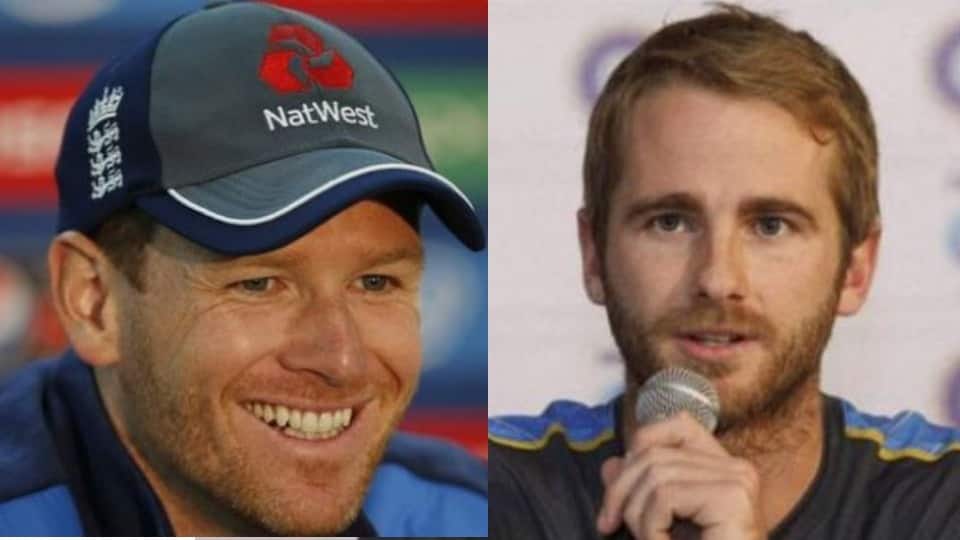 For the first time since the 1992 edition, England booked their place in the summit showdown of the International Cricket Council (ICC) Men's World Cup with a comfortable eight-wicket win over defending champions Australia in the all-important semi-final clash of this year's marquee event at the Edgbaston Cricket Ground in Birmingham on Thursday.

Asked to bowl first, Chris Woakes finished with the terrific figures of three for 20 while Adil Rashid (three for 54),  Jofra Archer (two for 32) and Mark Wood (one for 45) also chipped in to help England bundle out Australia for 223 inside 49 overs.

Swashbuckling batsman Steve Smith was the shining light for Australia as he not only struck a valiant 119-ball 85 laced with six boundaries but also stitched a crucial 103-run stand with Alex Carey (46) for the fourth wicket while the wickets at the other end kept tumbling cheaply.

In reply, openers Jason Roy (85 off 65 balls) and Jonny Bairstow (34 off 43 deliveries) provided England with a solid start by sharing a 124-run partnership for the first wicket before third drop Joe Root (49) and skipper Eoin Morgan (45) helped the hosts cross the mark in 32.1 overs.

With the win, hosts England have now set up the final clash against New Zealand, who defeated India by 18 runs in a close first semi-final clash of the ongoing mega event at the Old Trafford in Manchester on Wednesday.

Chasing the target of 240 which seemed moderate initially, India made a worst possible start as they collapsed to 5/3 inside 3.1 overs. However, wicketkeeper-batsman Mahendra Singh Dhoni (50) and all-rounder Ravindra Jadeja (77) stitched a crucial partnership of 116 runs to bring the Men in Blue closer to the victory, only to see their side eventually bundle out for 221 inside 49.3 overs.

Matt Henry was the pick of the bowlers for New Zealand with his figures three for 37. While Trent Boult and Mitchell Santner bagged two wickets each, Lockie Ferguson and Jimmy Neesham also contributed with a wicket each.

Opting to bat first, Kane Williamson (67) and Ross Taylor (74) struck crucial knock to guide New Zealand to a respectable total of 239 for eight after resuming on Wednesday at the previous day's scoreline of 211 for five in 46.1 overs following incessant rain.

This year's final at the iconic Lord’s stadium on Sunday will be England's fourth appearance of the cricket's showpiece event and second for New Zealand, with a victory for either side will hand the team their first-ever title at the ICC World Cup.

The omens are good for Eoin Morgan’s side, who are bidding to become the third consecutive host nation to win the tournament – following in the footsteps of India in 2011 and Australia, who co-hosted with New Zealand, in 2015.

New Zealand are set for their second straight final but will hope the result is different this year than it was four years ago, when they lost to Australia by seven wickets.

The Black Caps, who finished fourth in the table with five wins from nine matches, boast a winning record against England, winning 43 ODI matches in comparison to England’s 41.

Here are the squads of the two finalists: