It was Old Trafford where, in 1983, India first shocked West Indies, which was the world’s best side at the time and had won the previous two World Cups. 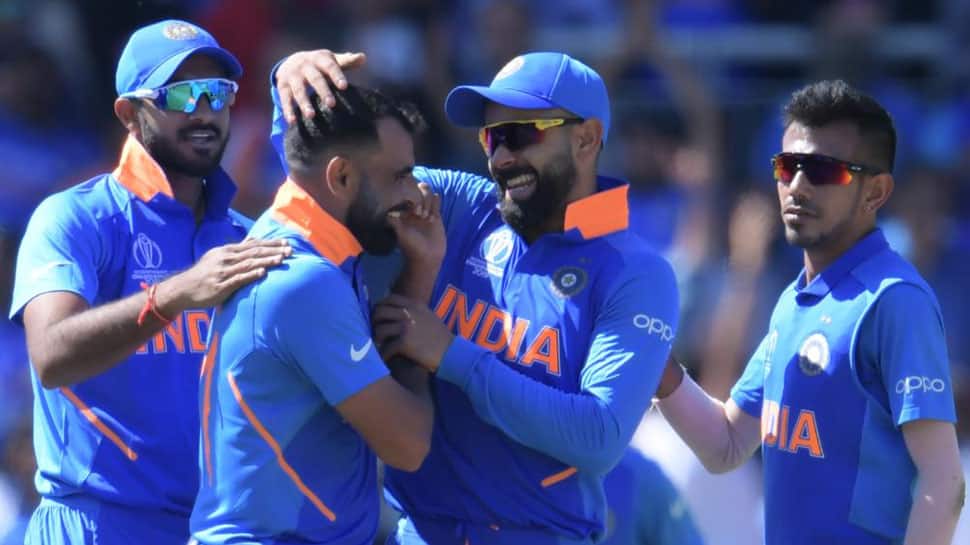 India defeated West Indies by 125 runs to knock Jason Holder-led side out of the ICC Men’s Cricket World Cup and remain the only unbeaten team in the showpiece event. India jumped to No.1 spot in the ICC ODI Team Rankings after a gap of 4 months before the start of this match largely because of the defeat suffered by England against Australia at Lord’s on Tuesday.

It was Old Trafford where, in 1983, India first shocked West Indies, which was the world’s best side at the time and had won the previous two World Cups, by defeating them in a league encounter. A fortnight later, India stunned everyone by defeating West Indies in the final and claiming the trophy for the first time. MS Dhoni is the only player in this Indian side who was born when India had won the World Cup trophy in 1983.

In today's match, Dhoni finished off his unbeaten 56 at Old Trafford with a six and his innings helped India post a huge total of 268 runs. Indian skipper Virat Kohli on Thursday also became the fastest batsman to complete 20,000 international runs across all formats.  Kohli praised Dhoni after the match and said, “He knows exactly what he is doing out there. The best thing is that when we need those extra 15 or 20 runs he knows exactly how to get them.”

Dhoni started his innings cautiously, scoring 20 runs from his first 40 balls but he went on to score his next 36 runs off only 21 balls. Dhoni and Hardik Pandya added 70 runs from ten overs to put India in a commanding position. India managed to score 82 off the last ten overs and 49 off the last five, showing that the Men In Blue are very precise when it comes to setting a target.

India have scored at three runs per over in the first five overs and are the slowest starters in the tournament but Men In Blue have lost only one wicket in that period in their six games so far. The margin of victory would suggest that Shai Hope’s stumping miss when Dhoni had scored only eight was of limited significance but at the time it felt like a turning point, ICC said in a press release.

Teams knocked out of ICC Cricket World Cup 2019 so far