Shikhar Dhawan out of Cricket World Cup 2019 with thumb fracture, Rishabh Pant to replace him

The southpaw was injured diuring India's 36 run win over Australia and had initially been ruled out for three weeks from the ICC World Cup 2019. Shikhar Dhawan had scored a majestic 117 runs off 109 balls to set up India's win against the five-time Cricket World Cup winners. 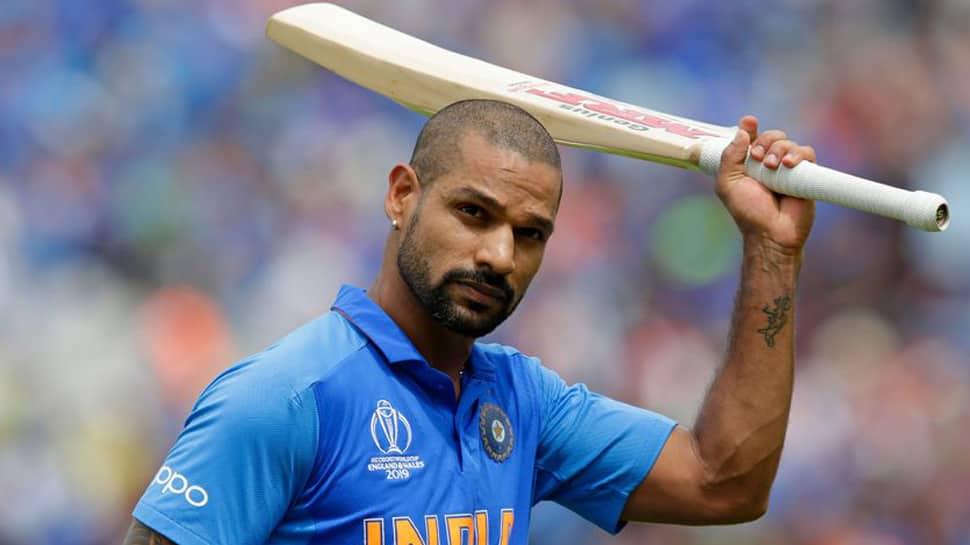 BIRMINGHAM: In a major blow to Team India, opener Shikhar Dhawan has been ruled out of the Cricket World Cup 2019 after failing to recover from the thumb fracture sustained against Australia earlier in the tournament. Dhawan was diagnosed with a fracture of the first metacarpal on his left hand after he was hit by a ball from Pat Cummins during his century at The Oval on June 9 with the team management declaring that he was out of action for at least three weeks. The 33-year-old had scored a majestic 117 runs off 109 balls to set up India's win against the five-time Cricket World Cup winners.

Addressing a press conference, Indian team manager Sunil Subramaniam said that a request has been put up by the BCCI to the World Cup technical committee to allow Rishabh Pant as the replacement for Dhawan in India’s squad of 15. It is to be noted that Pant was linked up with the Indian team after being called up as cover for the left-handed opener. Pant, 21, is a left-handed wicketkeeper-batsman who has represented India in five One Day Internationals.

India next play Afghanistan in Southampton on June 22.

The 1983 and 2011 World Cup winners have won three of the our matches they have played in the tournament so far.  India defeated South Africa by six wickets to open their campaign, went on to defeat five-time World Cup champions Australia by 36 runs and then crushed arch-rivals Pakistan by 89 runs in their fourth match. India's third match of the tournament which was against New Zealand was abandoned without a ball being bowled due to heavy rains with both teams splitting the points.

World Cup 2019, New Zealand vs South Africa: As it happened