The 24-year-old opener completed the milestone in dramatic fashion, as he slammed Rajasthan Royals seamer Mustafizur Rahman for a six in the final delivery of the Chennai Super Kings innings. 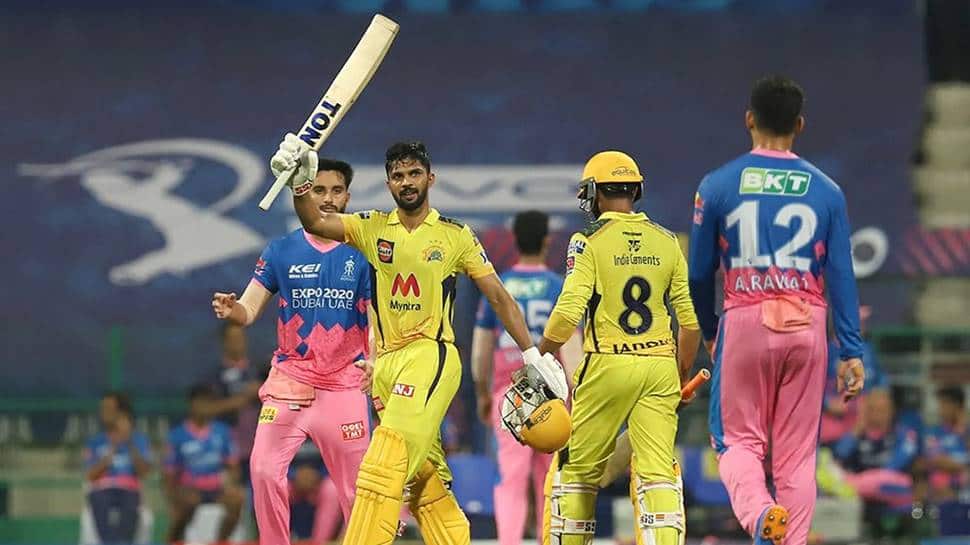 Ruturaj Gaikwad had a superb outing in Abu Dhabi on Saturday as he went on to hit his maiden IPL century against Rajasthan Royals. The 24-year-old opener completed the milestone in dramatic fashion, as he slammed Royals seamer Mustafizur Rahman for a six in the final delivery of the Chennai Super Kings innings.

Ruturaj finished the 20 overs unbeaten on 101 off 60 deliveries, which include 9 fours and 5 sixes. Riding on his efforts and a late-blitz by Ravindra Jadeja, CSK piled a gigantic 189/4 in 20 overs.

Meanwhile, the feat also saw Ruturaj become the new Orange Cap holder in the league as he amassed 508 runs in 12 innings. He toppled Punjab Kings KL Rahul to unlock this new milestone, who sits second with 489 runs in the same number of matches.

Speaking on his knock, Ruturaj during the innings break said: "My plan was to bat till the 13th or 14th over, so that I could capitalize on it later. I'm just looking to time the ball and maintain my shape."

The feeling is so magical. Ruturaj Gaikwad getting that . It’s simply worth a stand and applause for this talented player @ChennaiIPL #IPL2021

Ruturaj . What a knock and what a player #csk #CSKvsRR

Ruturaj also stated that he was not at all worried about missing out of a deserving ton as Jadeja continued to fetch boundaries from one end leaving him stranded at the other. "At the end of the day the team score matters. Individual score doesn't matter, unless and until your team is winning."