During a recent interview in the media, Ambrose opened up about a variety of subjects. 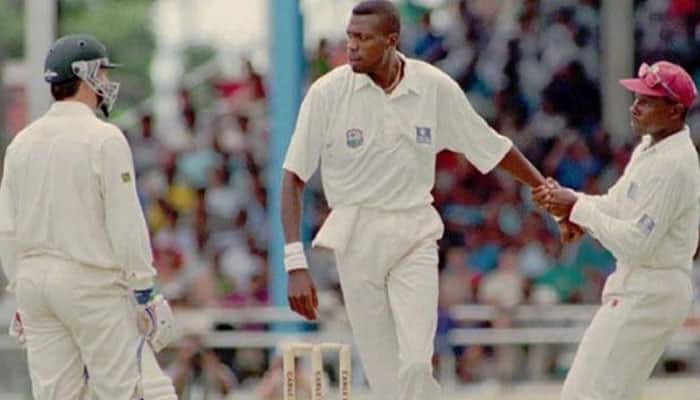 New Delhi: Few people in the history of cricket have left a lasting impression the way the great West Indian fast bowler Curtly Ambrose did. Having picked up 405 Test wickets at under 21, his career was simply like a dream. West Indies cricket has changed a lot since the days of the great man.

During a recent interview in the media, Ambrose opened up about a variety of subjects. On sledging in cricket, Ambrose (as quoted by Foxpots.com.au), while talking to BBC, said, “I despise players who sledge. It’s not part of cricket in my opinion. I believe if you’re good enough, you should let the five and a half ounces do the talking for you. That’s what I did.”

On his big tall frame and his famous stare, the 53-year-old said, “Well, it was never intentional. But being six-foot-eight, you can bowl pretty fast, that’s intimidation enough. It’s just been a part of my game from ever since because I’m such a highly competitive person.”

Meanwhile, he also had a piece of advice for English seamer Mark Wood as he said, “You can’t get carried away as a fast bowler. My advice to Woody would be simply this: continue to put the ball in the right areas, force the batsmen to play, and don’t get too carried away with extra bounce because that could be detrimental to your bowling.”