Miller helped South Africa score 14 runs from their super over before Tahir restricted Sri Lanka to only five in reply, two of which were wides. 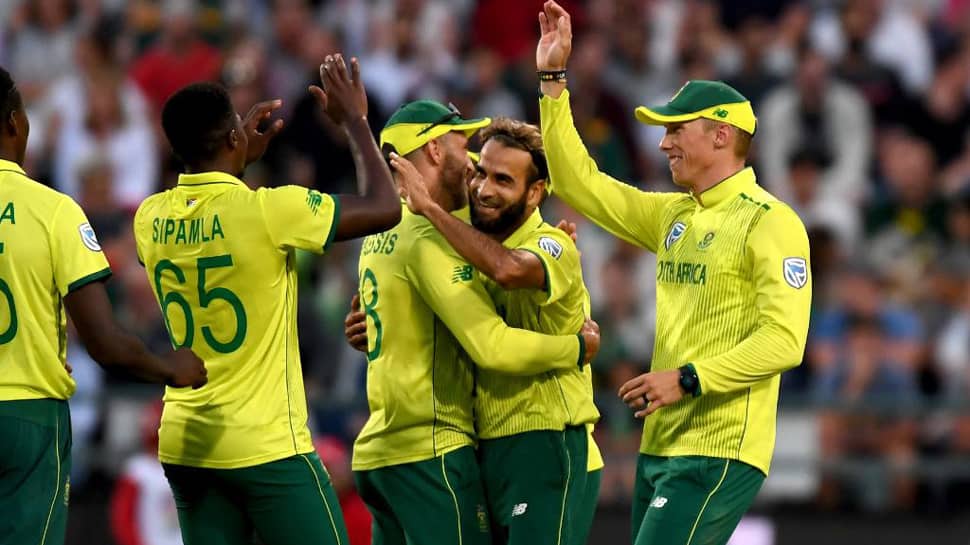 South Africa's veteran leg-spinner Imran Tahir conceded only five runs in a decisive super over, as they beat Sri Lanka in their opening Twenty20 International after both teams had finished their innings with the same score.

After sending the tourists in to bat, the home side restricted Sri Lanka to 134 for seven in their 20 overs but then blew a commanding position to end with the same total, leaving the Newlands encounter to be decided by a one-over eliminator.

David Miller helped South Africa blast 14 runs from their super over, before Tahir restricted Sri Lanka to only five in reply, two of which were wides.

South Africa seemed set for victory when they reached 118 for three, needing 17 runs from 22 balls, but a flurry of late wickets left them needing two runs off the last delivery with Tahir on strike.

The veteran missed the ball but partner Dale Steyn scrambled through for a single as Sri Lankan wicketkeeper Niroshan Dickwella botched a simple run out to tie the game for his side.

Miller had earlier struck a quickfire 41 off 23 balls and put on 66 for the fourth wicket with Rassie van der Dussen (34), as the pair steadied the innings after the home side had lost three early wickets.

But Sri Lankan captain Lasith Malinga took the game into the final over with a superb spell of bowling, ending with figures of 2-11 in four overs.

Kamindu Mendis top-scored for the visitors, scoring 41 runs off 29 balls before he was stumped by stand-in wicketkeeper Miller off Tahir.

Miller was handed the gloves as South Africa target a back-up option to Quinton de Kock at the World Cup in England and Wales, with the former passing his audition with some neat work behind the stumps.

The second match in the series will be played in Pretoria on Friday, before concluding on Sunday in Johannesburg.