Earlier on Wednesday, the left-handed opener had scored a century against Pakistan to register his first century of the ongoing Cricket World Cup 2019. 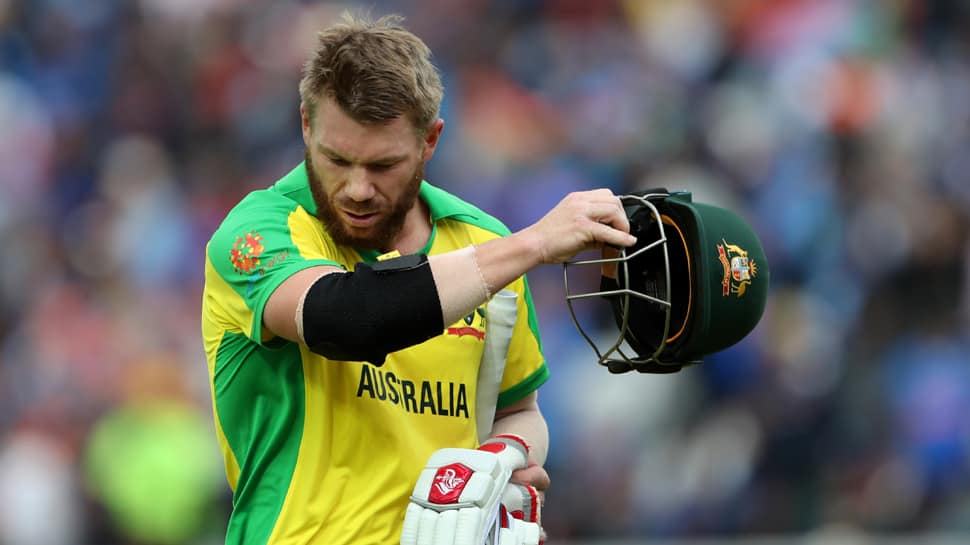 Explosive Australian opener David Warner on Thursday created history by becoming the first batsman to score two 150-plus innings in the history of World Cups.  Warner achieved the feat after scoring 166 runs off 147 balls against Bangladesh in the 26th match of the ICC Cricket World Cup 2019 at Trent Bridge, Nottingham. This is also the eleventh highest individual score in the history of World Cups.

Earlier on Wednesday, the left-handed opener had scored a century against Pakistan to register his first century of the ongoing Cricket World Cup 2019. Warner's 107 runs off 109 deliveries was laced with 11 fours and a six and it had played an important role in helping the Aussies defeat Pakistan by 41 runs.

The century against Bangladesh is Warner's 16th ODI ton. Warner, 32, completed his ton with 14 boundaries and six 6s. Australian captain Aaron Finch won the toss and decided to bat first, Warner and Finch got off to a flying start and the duo added 121 runs for the first wicket. Warner looked confident throughtout his innings and clobbered Bangladeshi bowlers with ease through all corners of the park.

Warner was dismissed in the 45th over after he edged a slower ball from Soumya Sarkar to the short third man fielder but before that the left-handed opener had set the base with Finch and Usman Khawaja to help his side reach a mammoth total of 381 runs in 50 overs. Warner took 55 balls to reach his first two fifties but he switched on his power-hitting mode after reaching his century and took just 30 more balls to reach 150 runs.

Warner started the Cricket World Cup 2019 on a high with an unbeaten 89 against Afghanistan but he did not score big in the second match against West Indies. The left-handed opener looked completely off-c0lor in the match against India as he struggled to score 56 runs in 84 balls. It may be recalled that Warner and Steve Smith were banned for one year after being found guilty in the ball-tampering scandal. They were included in Australian squad for World Cup after the end of their ban period.