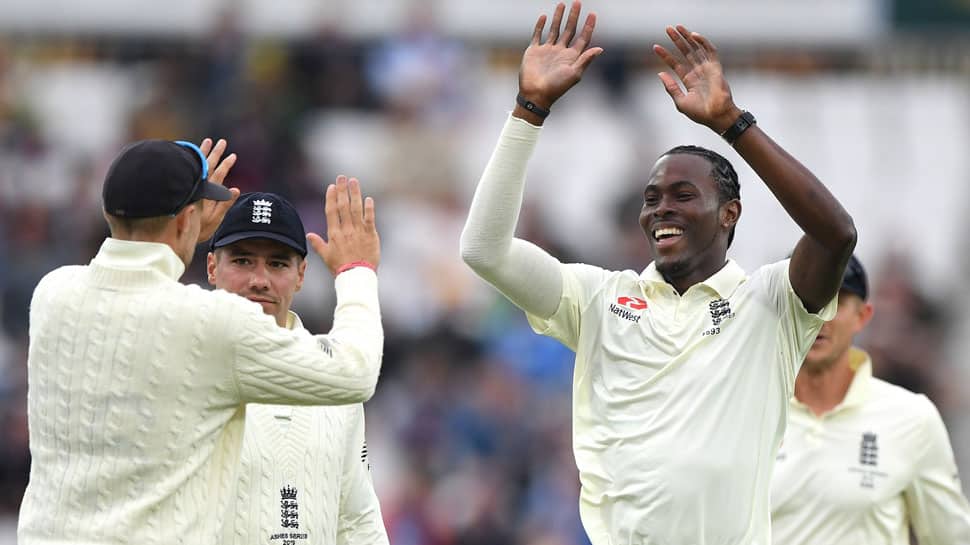 Playing only his second Test after making debut in the longest format of the game with the opening Ashes match in Lord's, Archer bagged his first five-wicket haul in Test cricket when he finished with the figures of six for 45 in 17.1 overs on the opening day of the third match.

Archer's impressive bowling figures helped England bundle out Australia for 179 in the first innings at Headingley Oval in Leeds.

Lauding the England pacer for his remarkable display, Warner said that Archer's incredible spell reminded him of how Steyn used to operate with the new ball.

"That was incredible Test bowling. England put the ball in the right areas. He bowled at bit like Dale Steyn with the new ball, tried to use the conditions and ramp it up when he needed to," Sport24 quoted Warner as saying.

"It was world-class bowling at its best," he added.

In reply to Australia's first innings, the England batsmen failed to counter the opposition's bowling attack and fell like a pack of cards to get eventually bundled out cheaply for 67 runs. Joe Denly was the highest scorer for England with 12 runs, while Josh Hazlewood was the pick of the bowlers for Australia with his figures of five for 30.

Australia are currently leading the Ashes series 1-0 after they won the first Test by 251 runs while the second match between the two sides ended in a draw.