Warner's knock of 107 runs off 111 deliveries played a key role in Australia emerging victorious by a margin of 41 runs. 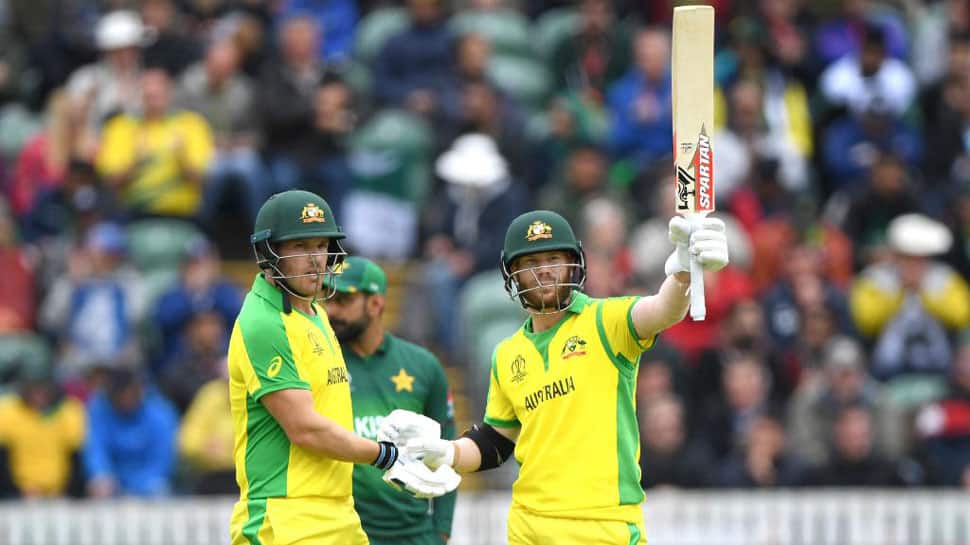 Opener David Warner helped ensure a return to winning ways for Australia following a knock of 107 runs off 111 deliveries against Pakistan in the 17th match of the ICC Cricket World Cup 2019 at The Cooper Associates County Ground, Taunton on Wednesday. Warner's knock played a key role in the side emerging victorious by a margin of 41 runs.

Warner continued to attack following Finch's dismissal for 82, recording his 15th ODI hundred off 102 deliveries in an innings comprising of 11 boundaries and a six. The knock was further his third successive ODI century against Pakistan.

Not only this, Warner also completed his first ton following a return to international cricket after being suspended for a year for ball tampering. The southpaw's ton enabled Australia to post a total of 307 runs on the board.

The Pakistan chase kicked off in a poor fashion with the dismissal of opener Fakhar Zaman for a duck. However, Imam-ul-Haq stitched partnerships with Babar Azam and Mohammed Hafeez to lead Pakistan to a strong position at 136/2.

The Australian bowling attack made its presence felt at this stage despite struggling early on, picking wickets at regular intervals with their opponents ultimately bowled out for 266.

David Warner has now scored 4598 runs in 110 ODIs so far for Australia.