Deepika Padukone used to be a regular supporter of the RCB in the initial years of the T20 league. 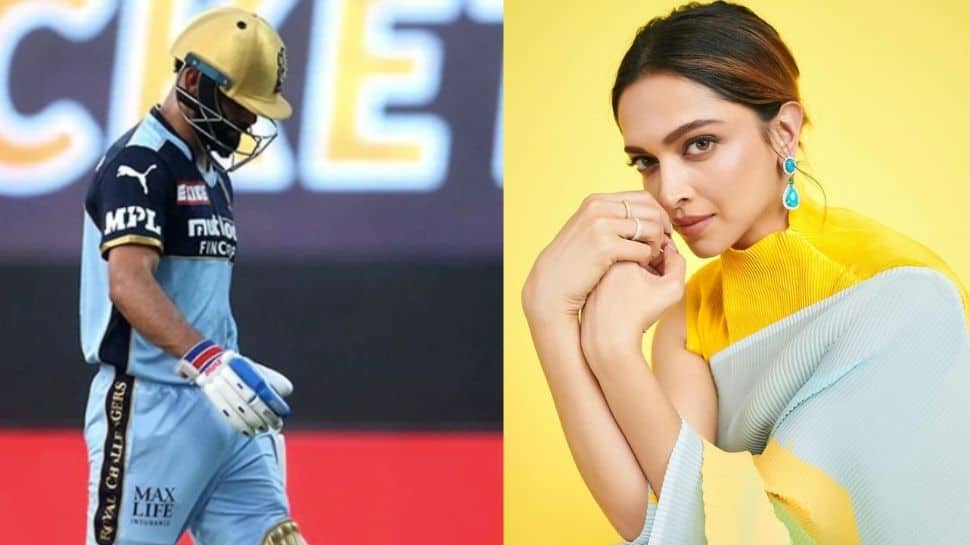 Virat Kohli’s Royal Challengers Bangalore had a humiliating return to Indian Premier League (IPL) 2021, when they were bundled out for just 92 by Kolkata Knight Riders in Abu Dhabi on Monday (September 19). It was RCB’s sixth lowest total in IPL as they lost to Eoin Morgan’s KKR by nine wickets.

The woeful total by Kohli’s side saw an old tweet of Bollywood actress Deepika Padukone resurface on social media and go viral. Deepika Padukone used to be a regular supporter of the RCB in the initial years of the T20 league. During one of RCB-Rajasthan Royals match back in 2010, the Bangalore franchise had dismissed Rajasthan for just 92. The low total saw Deepika take to Twitter and troll the Royals.

“92!!is that even a score!? Way to go RCB! with u guys all the way…watching every second of it live!” Deepika had tweeted back then.

92!!is that even a score!?way to go RCB!with u guys all the way...watching every second of it live!

The Challengers, then led by Kumble, won the game by 10 wickets, with Jacques Kallis being named the man of the match.

On Monday, however, RCB were dismal with both bat and ball in Kohli’s 200th IPL match. KKR’s Varun Chakravarthy and Andre Russell bagged three wickets each while Shubman Gill and Venkatesh Iyer scored 82 runs for the first wicket while chasing a low total of 93 runs. Kolkata won the match by 9 wickets in just 10 overs to strengthen their case for playoffs qualification.

Meanwhile, RCB coach Mike Hesson categorically said that the humiliating loss to Kolkata Knight Riders in the team’s opening match in the IPL second leg here had anything to do with skipper Kohli’s statement about quitting captaincy at the end of the season.

“No, I don’t think so (it’s got to do with Kohli’s statement). I think it was important to get any form of distraction out of the way early and we spoke about making that announcement as soon as possible so all players were aware of it. It certainly hasn’t had an impact on tonight’s performance. We weren`t as sharp as we needed to be with the bat, we didn’t adapt to conditions, we lost wickets in clumps – everything that you can’t do as a batting group. But I’m still confident in this group that we’ll turn it around quickly,” Hesson said during a post-match virtual press conference after the nine-wicket loss.