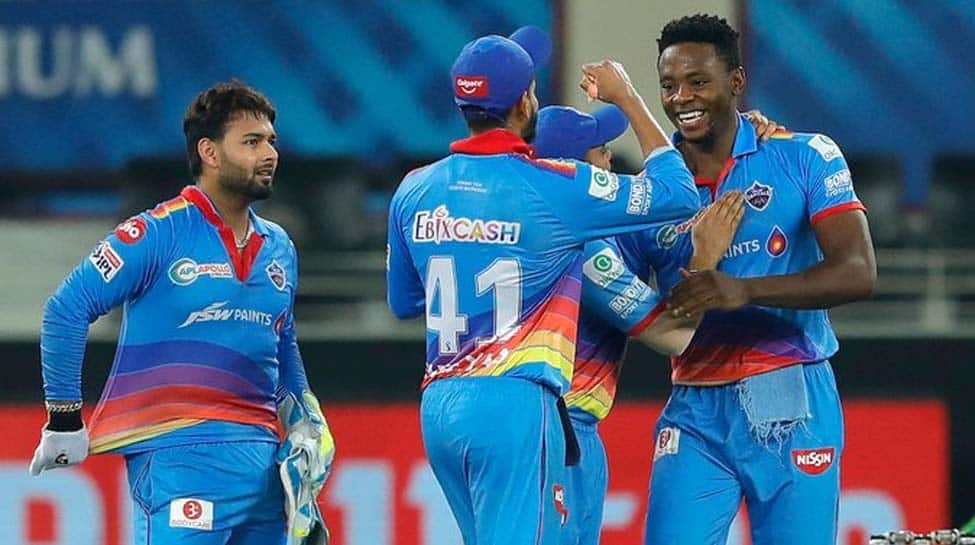 Shreyas Iyer-led Delhi Capitals are all set to make their maiden appearance in the final of the Indian Premier League (IPL) when they square off with four-time winners Mumbai Indians in the summit showdown of the 2020 edition of the tournament at the Dubai International Stadium on Tuesday.

It has been a roller-coaster season for the Delhi franchise as they won seven out of their opening nine games before the side slumped to four defeats in a row. However, the Delhi Capitals bounced back to beat Virat Kohli's Royal Challengers Bangalore (RCB) in their last league stage fixture and finish at the second spot in the IPL 2020 points table with eight victories from 14 matches.

The Iyer side will look to produce fearless brand of cricket against formidable Mumbai Indians and break their jinx of having never clinched the coveted trophy.

Ahead of the high-octane clash, take a look at the Delhi Capitals' journey to their maiden final:

Delhi Capitals kicked off their IPL 2020 campaign with a Super Over win against Kings XI Punjab. Opting to bat first, Marcus Stoinis smashed a quickfire 21-ball 53 runs to help his side post 157/8 in their stipulated 20 overs to level the score. Subsequently, Kagiso Rabada dismissed KL Rahul and Mayank Agarwal on consecutive deliveries to restrict KXIP to 2/2 in the Super Over which Rishabh Pant and Shreyas Iyer chased down easily.

Opener Prithvi Shaw smashed a half-century before the Delhi Capitals bowlers came to the fore to help their side thrash MS Dhonii-led CSK by 44 runs in their second match of the tournament in Dubai.Asked to bat first, openers Prithvi Shaw (64) and Shikhar Dhawan (35) provided a perfect start to DC by stitching a 94-run stand before Rishabh Pant (unbeaten at 37) and skipper Shreyas Iyer (26) helped their side post the score of 175 for three.

In reply, Faf du Plessis and Kedhar Jadhav tried to steady CSK's innings with crucial knocks of 43 and 26, respectively, CSK were restricted to a score of 131 for seven in their stipulated 20 overs.

Jonny Bairstow smashed a half-century before the SRH bowlers helped their side beat DC by 15 runs and register their first victory of the season.
Batting first, opener Bairstow (53) and skipper David Warner (45) provided a perfect start to the SRH by stitching a 77-run stand for the opening wicket.
Subsequently, Kane Williamson scored 26-ball 41 runs to help SRH post a score of 162 for four.

In reply, Rashid Khan finished with brilliant figures of three for 14, while Bhuvneshwar Kumar claimed two wickets to help Sunrisers Hyderabad restrict the Iyer's side to a score of 147 for seven in their stipulated 20 overs. Opener Shikhar Dhawan was the highest scorer for DC with 31-ball 34 runs.

Skipper Shreyas Iyer (unbeaten at 38-ball 88) and opener Prithvi Shaw (41-ball 66) smashed a half-century each to help DC post a good score of 228 for four. In reply, Anrich Nortje bagged three wickets, Harshal Patel claimed two wickets and Kagiso Rabada, Marcus Stoinis and Amit Mishra chipped in with a wicket each to restrict KKR to a score of 210 for eight.

Nitish Rana (58) and Eoin Morgan (44) were the top scorers for the Kolkata franchise.

Marcus Stoinis (26-ball 53) not only smashed a half-century but also stitched a crucial partnership of 89 runs with wicketkeeper-batsman Rishabh Pant (37) to help Delhi Capitals post a good score of 196 for four.

In reply, Kagiso Rabada proved to be a tormentor-in-chief for Delhi Capitals as he finished with brilliant figures of four for 24 to help his side restrict RCB to a score of 137 for nine in their stipulated 20 overs.Skipper Virat Kohli was the top scorer for the RCB with 39-ball 43 runs.

Shikhar Dhawan (57) and Shreyas Iyer (53) slammed a fifty each to help DC post a decent score of 161 for seven.Anrich Nortje and Tushar Deshpande then bagged two wickets each , while Axar Patel, Kagiso Rabada and Ravichandran Ashwin took a wicket each to help DC restrict RR to a score of 148/8 and move a step closer to sealing the playoff spot.

Match 9: A comfortable win for Delhi over CSK

Delhi Capitals opener Shikhar Dhawan notched up his maiden century of the IPL as well as first T20 hundred to propel his side to a comfortable five-wicket triumph over CSK in Sharjah.Chasing a decent target of 180 runs to win, Dhawan smashed a blistering ton of 101 off 58 balls to help Delhi cross the mark with a ball to spare.

In the second match against Kings XI Punjab this season, Dhawan notched up his second consecutive century to help Delhi Capitals put up a total of 164 for five. However, the DC opener's blistering knock went in vain as Nicholas Pooran (28-ball 53) and Glenn Maxwell (24-ball 32) helped Punjab cross the mark with an over to spare.

An all-round performance from Kolkata Knight Riders (KKR) saw them thrash Delhi Capitals by 59 runs in their 11th match of the IPL 2020 at the Sheikh Zayed Cricket Stadium in Abu Dhabi. Nitish Rana (81) and Sunil Narine (64) scored impressive knocks to help KKR post 194/6 before Varun Chakravarthy picked up his maiden five-wicket haul to restrict DC to a score of 135/9.

Jasprit Bumrah and Trent Boult claimed three wickets each to help Mumbai Indians restrict Delhi Capitals to a score of 110 after opting to bowl first. Skipper Shreyas Iyer was the top scorer for Delhi with 29-ball 25 runs. Subsequently, Ishan Kishan hammered a quick-fire 47-ball 72 runs as MI chased down the target inside just 14.2 overs.

Shikhar Dhawan (54) and Ajinkya Rahane (60) scored a half-century each to help Delhi Capitals sweep aside RCB by six wickets and qualify for the playoffs of this year's cash-rich league. Earlier during the clash, Anrich Nortje bagged three wickets, while Kagiso Rabada and Ravichandran Ashwin claimed two and a wicket, respectively to help DC restrict RCB to a score of 152 for seven in their stipulated 20 overs despite Devdutt Padikkal's fifty.

Qualifier 1: DC lost to MI to move to Qualifier 2

Suryakumar Yadav and Ishan Kishan hammered a half-century each before Jasprit Bumrah shone with the ball to help defending champions Mumbai Indians clinch a comfortable 57-run victory over Delhi Capitals and storm into the final of the IPL 2020.With the defeat, the Shreyas Iyer-led side set up a clash against Sunrisers Hyderabad in the Qualifier 2.

Delhi Capitals clinched a 17-run victory over David Warner's Sunrisers Hyderabad (the winner of Eliminator between SRH and RCB) in Qualifier 2 on Sunday to storm into their maiden IPL final.Shikhar Dhawan (78), Shimron Hetmyer (42) and Marcus Stoinis (38) produced decent performance with the bat to help Delhi post good total of 189 for three before Kagiso Rabada picked up four wickets to help his side restrict SRH to a score of 172/8.

IPL 2020 Final: How many times did teams finishing 1st and 2nd win the crown ? Know Here!