Shikhar Dhawan continued his great run with the bat and scored 55 off 43 balls as India beat Bangladesh by six wickets to register their first win in the Nidahas T20I tri-series at Colombo on Thursday. 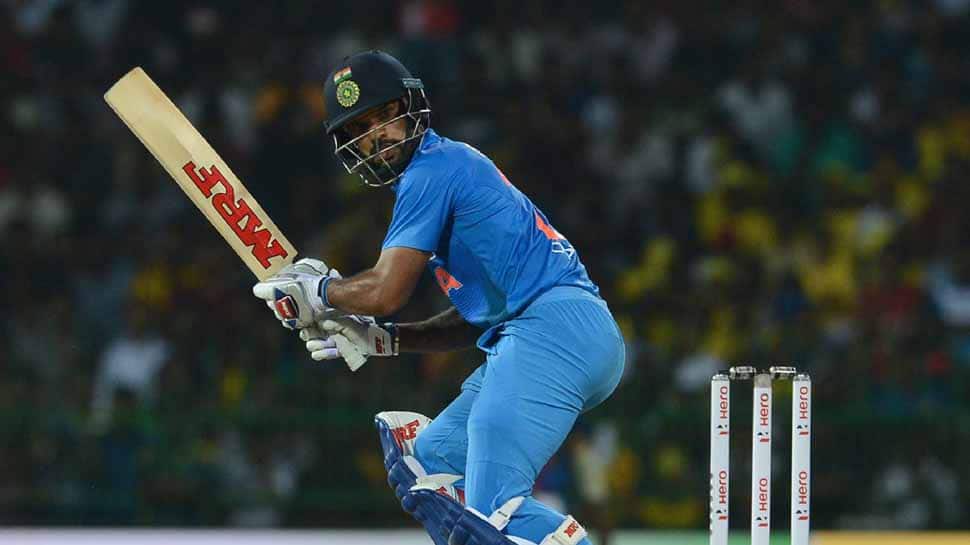 Shikhar Dhawan continued his great run with the bat and scored 55 off 43 balls as India beat Bangladesh by six wickets to register their first win in the Nidahas T20I tri-series at Colombo on Thursday.

Dhawan, who had scored 90 off 49 balls in India's defeat against hosts Sri Lanka on Tuesday, picked up where he had left off and even though the team lost Rohit Sharma and Rishabh Pant -- promoted up the order to No.3 -- for 17 and 7 respectively, there were no signs of worry over the opener's face.

He found great company in Suresh Raina (28) and both added 68, unperturbed all through, to take the team within 36 runs of victory. Rubel Hossain removed Raina against the run of play for his second wicket and then Dhawan also departed but that was as good as the Bangladeshis got. Manish Pandey (27*) and Dinesh Karthik (2*) finished off the required runs to close out the game in 18.4 overs.

Earlier in the day after Rohit decided to bowl, the Indian bowlers didn't take long to tame the Bangladeshi batsmen. Soumya Sarkar (14) got a couple of nice shots at the start but once Jaydev Unadkat sent him back for 14, things started going downhill for the Bangladeshis.

Tamim Iqbal (15), Mushfiqur Rahim (18) and captain Mahmudullah (1) struggled at the crease and their departure in quick succession meant the Tigers were before long reeling at 72/4 in the 11th over. Under pressure, Liton Das and Sabbir Rahman contributed 34 and 30 respectively to ensure the Bangladeshis had something to bowl at.

Unadkat finished with 3/38 and showed great variation all through his four overs. Man-of-the-Match Vijay Shankar, who removed Rahim for his first international wicket, meanwhile returned 2/32. Shardul Thakur, after the hiding he received in the last match at the hands of Kusal Perera who took 27 runs from an over of his, found his accuracy back and finished with 1/25. Spinner Yuzvendra Chahal too had a good day at the office and took one wicket at the expense of just 19 runs.

Bangladesh managed to put 139/8 on the board, however, it could have been a lot worse for them had the Indians taken their chances. As many as three catches were dropped with Raina, Shankar and Washinton Sundar being the culprits.

India will next play Sri Lanka on March 12 but before that the hosts will entertain Bangladesh on March 10.