Defending champions MI were chasing a modest 157 to win and were off to a flying start with South African wicketkeeper-batsman smashing 17 off 12 balls in the first couple of overs. But CSK came roaring back into the contest thanks to CSK captain MS Dhoni’s brilliant review. 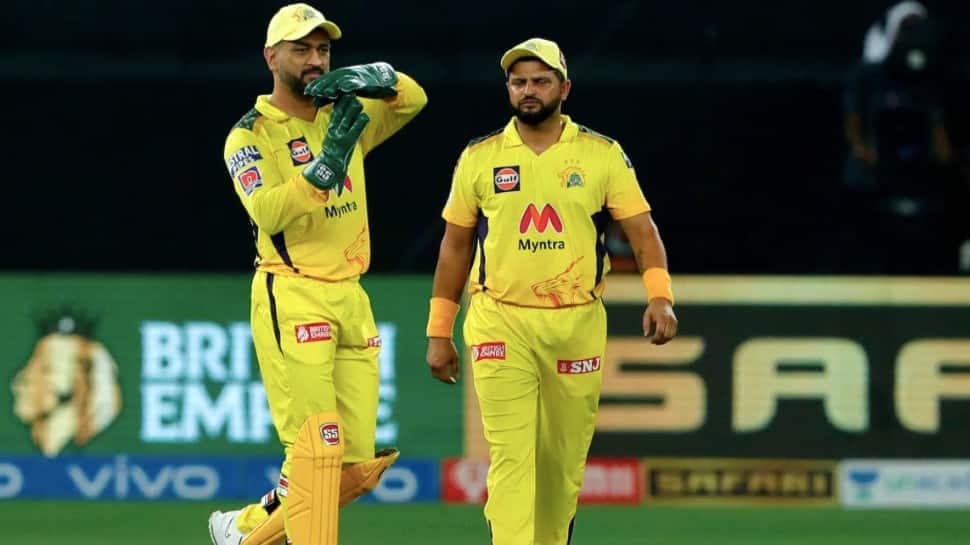 Chennai Super Kings skipper MS Dhoni might have faltered with the bat on Sunday (September 19) but he hasn’t lost his touch when it comes to the Decision Review System (DRS) or as fans call it ‘Dhoni Review System’. CSK got off to a brilliant start with Indian Premier League (IPL) 2021 resumed in the UAE, winning their match against arch-rivals Mumbai Indians by 20 runs.

Defending champions MI were chasing a modest 157 to win and were off to a flying start with South African wicketkeeper-batsman smashing 17 off 12 balls in the first couple of overs. But CSK came roaring back into the contest thanks to CSK captain Dhoni’s brilliant review.

De Kock failed to judge an incoming delivery from Deepak Chahar and was trapped on the led. While the pacer was sure the ball was hitting stumps, the umpire had a different perspective as he gave the decision in the batman’s favour.

Dhoni, who looked in two minds initially, was convinced by Chahar to go upstairs. The decision proved to be spot on, as the big screen showed the ball crashing into the stumps. While the CSK camp was delighted, a disappointed De Kock had to take the long walk back.

Dhoni, meanwhile, said Ruturaj Gaikwad and Dwayne Bravo ‘got us more than what we expected’ after his team was reeling at 24/4 at one stage of its IPL match against Mumbai Indians in Dubai on Sunday (September 19.

Gaikwad stroked his way to an unbeaten 88 while veteran Bravo, batting at number eight, smashed 23 off just 8 balls as CSK made 156/6 after opting to bat first. The total proved to be more than enough as CSK beat MI by 20 runs.

“At 30 for 4, you want to put up a respectable score, I felt Rutu and Bravo got us more than what we expected. We thought of 140, to get close to 160 was tremendous,” Dhoni said at the post-match presentation ceremony.

“Rayudu got injured, so it was tough to come back from there but we batted sensibly and finished superbly. It was sensible for one batter to bat right through to the end.”