After missing out on yet another opportunity to score big in the ongoing World Cup, Indian opener KL Rahul has admitted that he was disappointed for being unable to convert his starts into big scores. 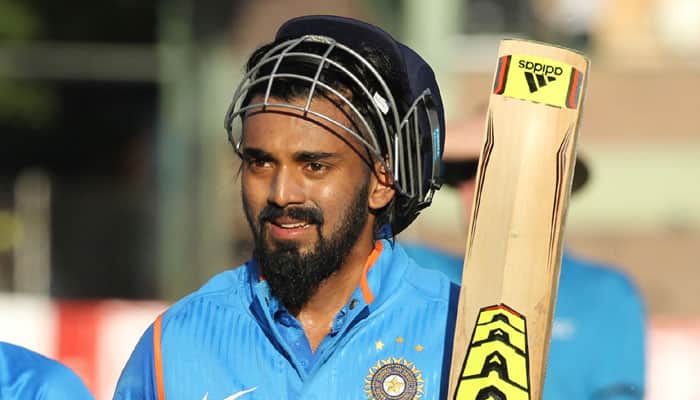 Manchester: After missing out on yet another opportunity to score big in the ongoing World Cup, Indian opener KL Rahul has admitted that he was disappointed for being unable to convert his starts into big scores.

In the absence of Shikhar Dhawan, Rahul has opened the innings in the last three World Cup matches for India and has managed scores of 57, 30 and 48. Although, his scores are pretty decent but considering India's batting performance in the last two matches against Afghanistan and West Indies where it was the Indian bowlers who won the games for the teams while defending totals of 225 and 269.

"At this level, you need to be ready for anything. Playing for your country requires you to have an open mindset... Last one-two years I have been preparing for dealing with each type of situation. Opening the batting is a little more comfortable and easier for me as I have done that for most of my career," Rahul said after the West Indies game which India won by 125 runs at the Old Trafford on Thursday.

"Bit disappointing to not score big. After doing the hard work and after getting through the first 10 overs or 15 overs... Or as an opening batsman to get the first 25-30 runs is the hardest time. And to do that, and when the time comes to accelerate and maybe take the game deeper so our lower order can come in and play freely... We know when they come after the 35th over or at the 40, they can do maximum damage.

"So it's important that we do that and that's the plan, that's the role of the top three, top four. So a bit disappointed that I haven't been able to do that. But again, I will sit and assess, but it won't worry me that much because there are a lot of things I'm doing right, and I know that the mistakes I've made, I can learn from them and get better," he added while saying that he will sit and assess it and will try to learn from his mistakes and correct them in the upcoming matches.

Rahul also lauded skipper Virat Kohli, who scored 72 off 82 balls and played a pivotal role in India posting a competitive total of 268/7.

"I do not think Virat is doing something different. He has the same regime and he has been consistent throughout. He finds the way to put bowlers under pressure. He has been batting well wherever you see him. He keeps showcasing consistent performances and it is important for us to learn from him," Rahul said.

He, however, refused to criticise middle-order batsman and said every time teams cannot score 300 runs.

"India will next take on England for whom the game on Sunday is a must-win. "If we play the best cricket, we will end up on the winning side. Big game against England, hopefully, we will be able to come up on the right side of the result," Rahul added.