Warwickshire opener Dominic Sibley has been named in the 15-member England Test squad for the three-match series against New Zealand, beginning November 21 at Bay Oval in Tauranga. 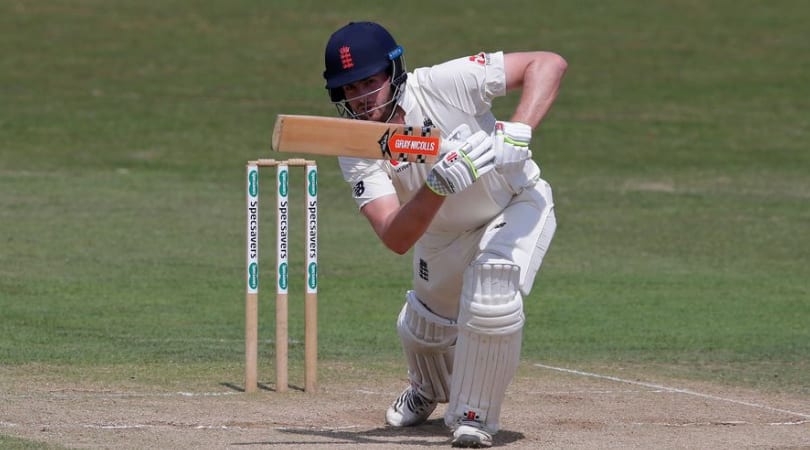 Warwickshire opener Dominic Sibley has been named in the 15-member England Test squad for the three-match series against New Zealand, beginning November 21 at Bay Oval in Tauranga.

Sibley has been rewarded for his impressive domestic summer this season, when he notched up a total of 1,324 runs--including an unbeaten double century--while playing for Warwickshire in the Specsavers County Championship.

Meanwhile,Jonny Bairstow, who averaged 19.45 in Tests this summer, is the most notable omission from the squad for the matches against New Zealand in the longest format of the game.

Lancashire pair of fast bowler Saqib Mahmood and leg-spinner Matt Parkinson have also been named in the England Test squad.

Fast bowler James Anderson, meanwhile, was unavailable for selection as he is still recovering from a calf injury.

It is to be noted that the upcoming two-match Test series between New Zealand and England will not be a part of the International Cricket Council (ICC) World Test Championship.

Meanwhile, England have also named the T20I squad for the five-match series against New Zealand, starting at Hagley Oval in Christchurch on November 1.

Saqib Mahmood has also got a maiden call-up in the T20I squad along with wicketkeeper-batsman Tom Banton following the duo's standout white-ball summers.

Meanwhile, Worcestershire seamer Pat Brown and Lancashire spinner Matthew Parkinson have also been named in the national squad for the first time for New Zealand T20Is.

The full England squads are as follows: