Don't compare a 'legendary' player like MS Dhoni with me, says Rishabh Pant

The 21-year-old amassed only 52 runs in his two outings. However, it hardly took a while for the critics to draw a comparison between him and Dhoni. 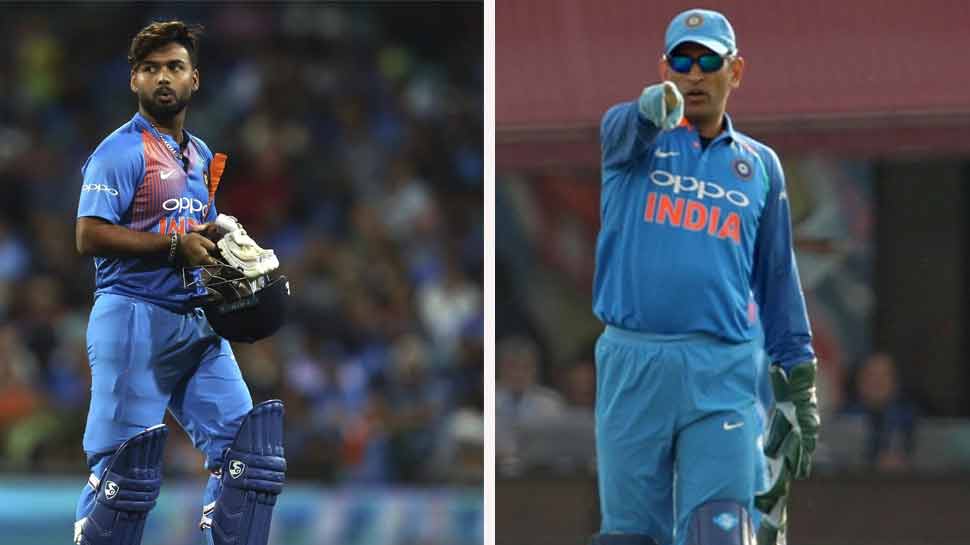 The decision to rest MS Dhoni from the last two matches of the recently concluded ODI series against Australia had opened the door for Rishabh Pant but the young wicketkeeper-batsman ended up receiving criticism for his work behind the stumps.

The 21-year-old amassed only 52 runs in his two outings. However, it hardly took a while for the critics to draw a comparison between him and Dhoni.

Speaking to ANI on Saturday, Pant said: "I`m not thinking about the comparison too much. As a player, I want to learn from him (Dhoni). He`s a legend of the game. I don`t want people to compare but I can`t stop them from doing so. I`m close to him and talk to him about everything how I can improve my game on and off the field".

Despite his poor performance during the series, Pant pointed out that he has been learning a lot of things from Indian captain Virat Kohli and former captain Dhoni.

"I`ve learned a lot of things from them (Kohli and Dhoni) like discipline, how to take the pressure, how to learn from other people`s mistakes and implement it on your game. There`s been a lot of learning," he said.

Addressing the same, Pant, who became the first Indian wicketkeeper to score a Test century in England and Australia, said he is not thinking about the 50-over tournament.

"I haven`t thought about that (World Cup) too much right now because we are playing in India and the conditions are different (from England). Last week we had a series against Australia, now we have the IPL coming up. So we have matches on a regular basis. When I go to England only then I`ll think about that," he said.

On being questioned about former cricketer Bishan Singh Bedi`s comment, calling him a wild horse who needs to be tamed, Pant said: "I`m not saying I`m perfect. I want to learn and keep improving every day".

The young wicketkeeper-batsman further said: "When I went there (Australia), I had something inside... wanted to win a series outside India. Every team member was thinking that we have to do something different and make our team win the series. Every time we go out on to the field, we only think of winning the game. That`s the only thing we are focusing."

Pant who will play for the Delhi Capitals will meet Mumbai Indians in Mumbai on March 24.