The cricketer's son, Arjun Tendulkar, played in the recently concluded T20 Mumbai League and shone with both ball and the bat. 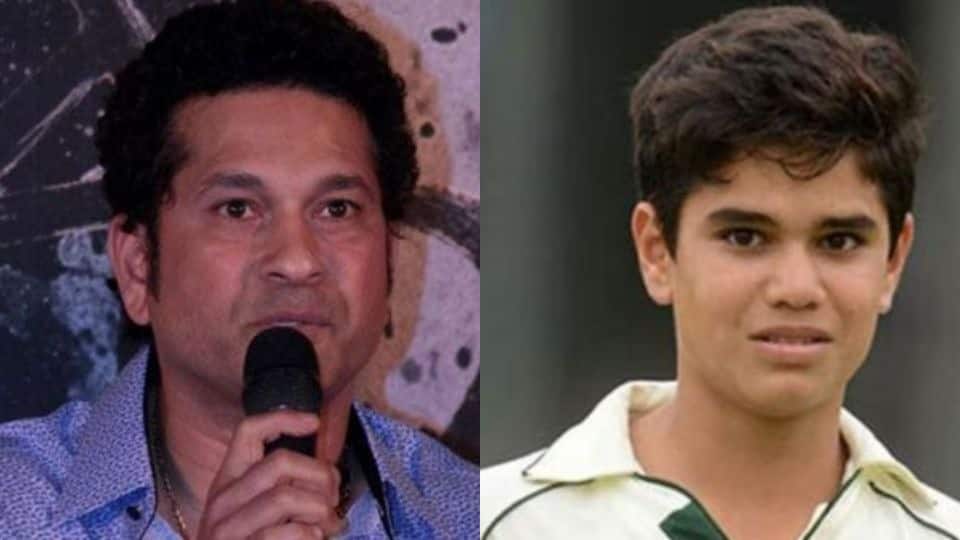 Cricket legend Sachin Tendulkar says he followed his father's advice of not taking short-cuts in his journey and has passed on the same message to his son, who is a budding left-arm pacer.

The cricketer's son, Arjun Tendulkar, played in the recently concluded T20 Mumbai League and shone with both ball and the bat.

He was picked up by the Aakash Tigers Mumbai Western Suburb for the T20 Mumbai League for Rs 5 lakh and also played in the semi-finals on Saturday held at the Wankhede Stadium.

Asked if he advises his son on how to handle pressure, Sachin Tendulkar said, "He is passionate and I have not forced him for anything. I never forced him to play cricket. He earlier used to play football, then he developed interest in chess and now he is playing cricket."

"I told him whatever you do in life, dont take a short-cut, which my father (Ramesh Tendulkar) told me, and I tell him exactly the same thing...You will need to work hard and then it is upto you how you fare," he told reporters here.

To another query, the Master Blaster said like other parents, he also expects his son to perform well.

"He (Arjun) needs to do what he and his team want to do. It's [T20 Mumbai League] a very good platform and the ups and downs provide a real-life experience. It is important to learn and develop, its a process," he said.

"Once a student of this game, a student for rest of your life. Thats what I try and tell him. Results will be in Gods hand, but to make an effort is in our hands," he said.

Arjun Tendulkar on previous occasions bowled to the Indian team in the nets be it during the Champions Trophy in England in 2017 or before the T20 versus Sri Lanka in December 2017.

No need to press panic button yet, says Sachin Tendulkar after India's loss to New Zealand