India will now face South Africa in three T20Is and as many Test matches, beginning September 15 at home. 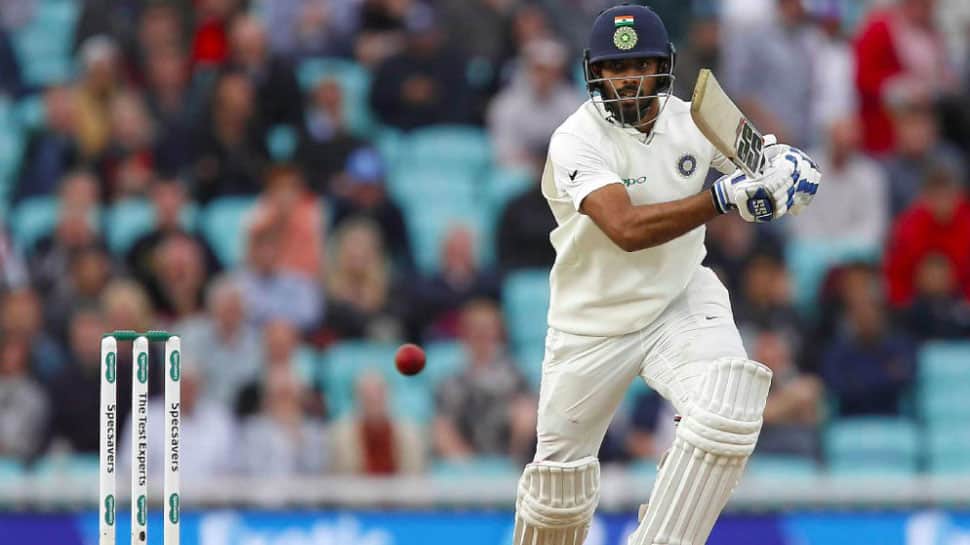 Kingston: India skipper Virat Kohli was all praise for Hanuma Vihari, who emerged as the top run-scorer with 289 runs in the two-match Test series against West Indies which India won 2-0.

"I think the find of the series was Hanuma Vihari. The way he's batted under pressure especially, and on a much more challenging wicket here in Jamaica than in Antigua," said Kohli while speaking at the post-match press conference.

"I think his skill sets were outstanding. His temperament and technique were top-notch and he countered everything the opposition threw at him. Very, very pleased with the way he has come about."

No. 6 batsman Vihari, who lost the opportunity to score his maiden Test ton in Antigua (93 in the second innings), made up for it in the first innings in Jamaica with 111, and followed it up with an unbeaten 53 as India thrashed the West Indies by 257 runs at the Sabina Park.

"According to the surface, I think it was a top-class innings. He's a guy who's very sure of his game and it shows when he plays. He looks confident and the dressing room feels really calm watching him bat. I think that's a quality he possesses naturally because his game is so correct," said the Indian skipper

"He's always willing to improve and accepts his mistakes and corrects them immediately; and he's getting the results pretty quickly. He plays with a lot of heart, always ready to do anything for the team, and that's why he invariably ends up playing crucial innings for us. It's a very young career so far, but he's shown why he's been backed and selected in this team," he added.

The 30-year-old, who became India's most successful Test captain, also lavished praises on Jasprit Bumrah, who was easily one of India's standout performers in the series whitewash against the Windies and termed him as the most complete bowler in world cricket at the moment.

Bumrah, who picked up five wickets in Antigua Test, which India won by a record-breaking margin of 351 runs, continued from where he left off in Jamaica to claim a seven-wicket match haul, which included a first-innings six-fer and a hat-trick.

"When he (Bumrah) gets some kind of momentum, you can see what he can do in five-six overs with the new ball, which you saw in the first innings. I haven't seen many more lethal spells than those two spells in the last couple of Tests," Kohli said.

"As a batsman standing in slips, you can feel for the batsman who's playing him. He confuses them with angles. With swing, he will set up for the out-swinger and then bowl the in-swinger. It's coming at pace, and then he can hit you with bouncers as well. I think he's the most complete bowler in world cricket now," he added.

India will now face South Africa in three T20Is and as many Test matches, beginning September 15 at home.