Faf du Plessis felt a weight lift off his shoulders as South Africa earned their first win of the ICC Men’s Cricket World Cup with a nine-wicket victory over Afghanistan in Cardiff. 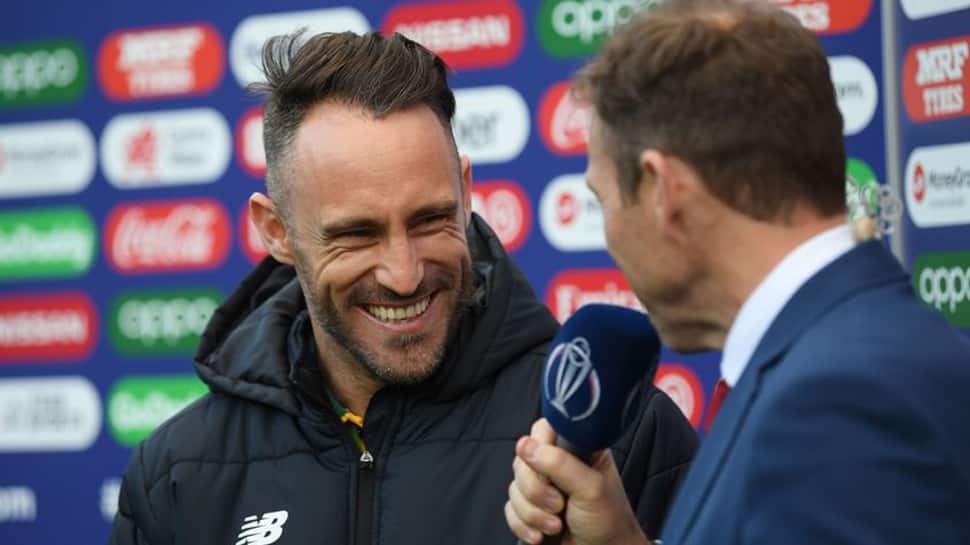 Faf du Plessis felt a weight lift off his shoulders as South Africa earned their first win of the ICC Men’s Cricket World Cup with a nine-wicket victory over Afghanistan in Cardiff.

According to ICC press release, the match was South Africa’s fifth of the tournament and the result means they remain in contention for the knockout stages.

Du Plessis was particularly pleased with the way his attack performed and praised Andile Phehlulwayo and Chris Morris as being really good while singling out Imran Tahir as the standout.

He said: “I feel a little bit lighter. Our cricket today was much better and more competitive. We spoke about having more energy in the field and you could really see a big difference in the team.

“Imran as always is special, especially on a wicket like that which is not suited to spin.

Tahir was a key figure in sparking the collapse South Africa instigated after the second rain delay that saw Afghanistan tumble from 69/2 to 77/7 - a loss of five wickets in 29 balls.

The interruption allowed the bowlers to regroup after a middling start and they returned after 65 minutes off the field in the mood for wickets.

“Maybe the break came at a nice time,” du Plessis said. “It was just a case of reminding the guys not to get frustrated with doing the things we need to do and not to feel we need to change our plans or panic.”

Similarly, South Africa were measured in their chase and lost only one wicket in pursuit of 127. Quinton de Kock top-scored wuth 68 off 84 balls and shared in a 104-run opening partnership with Hashim Amla, South Africa’s highest of the tournament so far.

“Initially, it was just making sure we get a good foundation. Quinton batted really well. He transferred the pressure and took the attack on,” du Plessis said.

Amla batted through the innings and finished on 41 not out off 83 balls, which was a perhaps a little slower than South Africa would have wanted but perfect for finding his touch.

“In a perfect world, Hashim would have scored 40 off 40 or 50 balls but specifically with him it’s about the bigger picture of getting runs, finishing a game off and getting his confidence back,” du Plessus added. “He is a big player for us and we need him for the next four games.”

South Africa are approaching their remaining matches as must-win games, as they continue to target a spot in the semi-finals and Du Plessis hopes this result will mark the turning point for their campaign.

“If we play like we did today, we will be a better team. The first three games, we didn’t play like we did today. Hopefully, this is a real confidence boost for everyone in the team. We know what lies ahead - we need to win every game. Today a really good step in the right direction,” he said.

ICC World Cup 2019, India vs Pakistan: As it happened