All-rounder Dwaine Pretorius was the pick of the bowlers accounting for three wickets while conceding 25 runs. 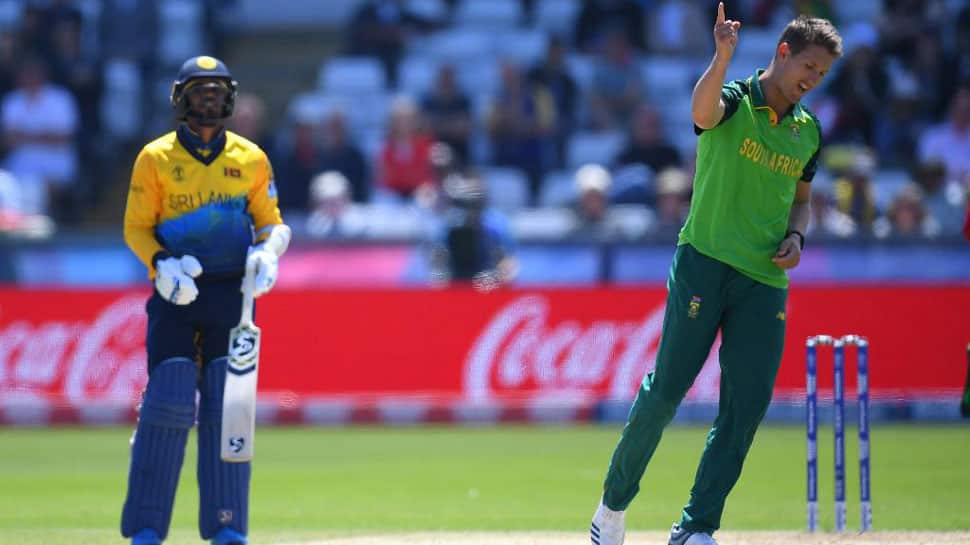 South African all-rounder Dwaine Pretorius helped his side record their second win in the ICC World Cup 2019 after picking three crucial wickets for 25 runs against Sri Lanka in match 35 of the tournament at Riverside Ground, Chester-le-Street on Friday.

The Lankans needed a win to stand a strong chance of qualifying for the semi-finals, against the Proteas who were placed on the ninth spot on the points table. South Africa skipper Faf du Plessis won the toss and opted to field.

The Lankans failed to make much of an impact, after losing Dimuth Karunaratne off the first delivery of the innings. Avishka Fernando and opener Kusal Mendis kept the side in the hunt for a certain period of time with a partnership of 67 runs.

However, it all went downhill following their departure as the Proteas bowling attack bowled out their opponents for 203 in 49.3 overs.

In turn, South African opener Quinton de Kock was dismissed for 15 runs off 16 deliveries, which is when skipper Faf du Plessis and opener Hashim Amla made their presence felt. The duo stitched an unbeaten partnership of 175 runs getting the side across the line by a margin of nine wickets in 37.2 overs.