England have named an unchanged 12-member national squad for the third Test of the five-match Ashes series against Australia, beginning at Emerald Headingley in Leeds on Thursday. 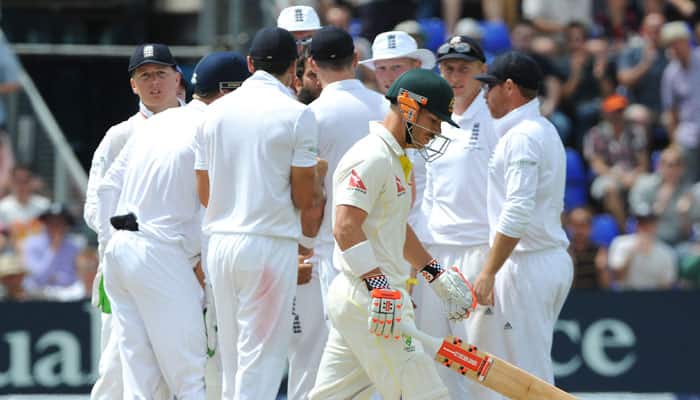 England have named an unchanged 12-member national squad for the third Test of the five-match Ashes series against Australia, beginning at Emerald Headingley in Leeds on Thursday.

It means England will head into the upcoming Test with same squad that clinched a compelling, rain-affected draw in the second Ashes match at Lord's Cricket Ground in London.

Seamer James Anderson, who pulled up after bowling just four overs in the opening Test, has not been included in the national squad as he continues to recover from his injured right calf, the England and Wales Cricket Board (ECB) official website reported.

Anderson will now play for Lancashire second XI against Leicestershire in a three-day friendly match from Thursday at Northern Cricket Club in Liverpool before being assessed ahead of selection for the fourth Ashes Test at Emirates Old Trafford starting on September 4.

England are currenty trailing 0-1 in the five-match series after slumping to a crushing 251-run defeat at the hands of the Tim Paine-led side in the opening Test at Edgbaston Cricket Ground in Birmingham. Joe Root's side will now look to bounce back and level the series while Australia will aim to double their lead heading into the upcoming match.

The full squad is as followed: