The tourists, who added 50 runs to their overnight total, trail by 178 runs and they will need a significant lower-order contribution on Saturday to put pressure back on England. 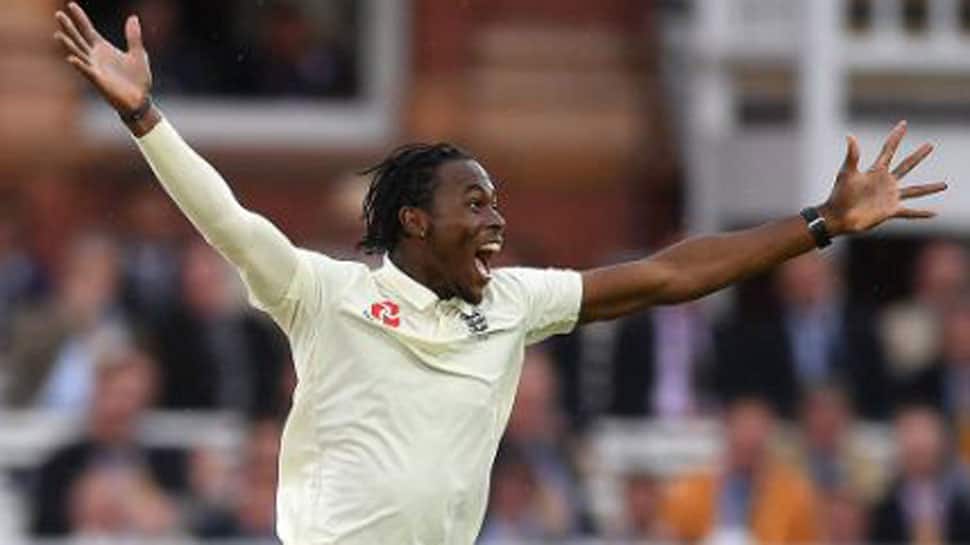 England fought back on the third day in the second Test of the Ashes on Friday, picking up three top-order wickets to reduce Australia to 80-4 before rain wiped out the final two sessions at Lord`s.

The tourists, who added 50 runs to their overnight total, trail by 178 runs and they will need a significant lower-order contribution on Saturday to put pressure back on England.

England`s seamers struggled at first to take advantage of favourable bowling conditions but made the breakthrough when Jofra Archer trapped Cameron Bancroft (13) lbw with the score at 60-2.

Usman Khawaja (36) followed quickly after, edging Chris Woakes into the gloves of Jonny Bairstow and then Stuart Broad removed Travis Head (7), leg before.

But Steve Smith, who struck two centuries in the opening Test at Edgbaston was unbeaten on 13 when the umpires took the players off for rain in the final over before lunch.

Persistent rain throughout the afternoon led to the day`s play finally being called off shortly before 5.30 pm local time with just 24.1 overs possible in the day.

England will hope they can remove Smith early on the fourth day and get into the Australian lower-order but on a surface that suggests low scores, every outcome remains possible for the final two days.

Selection of Team India head coach: Here are 5 factors on which candidates were evaluated