“Some are born great, some achieve greatness, and others have greatness thrust upon them,” wrote William Shakespeare in Twelfth Night, but some, England’s cricket team in particular, plan it. 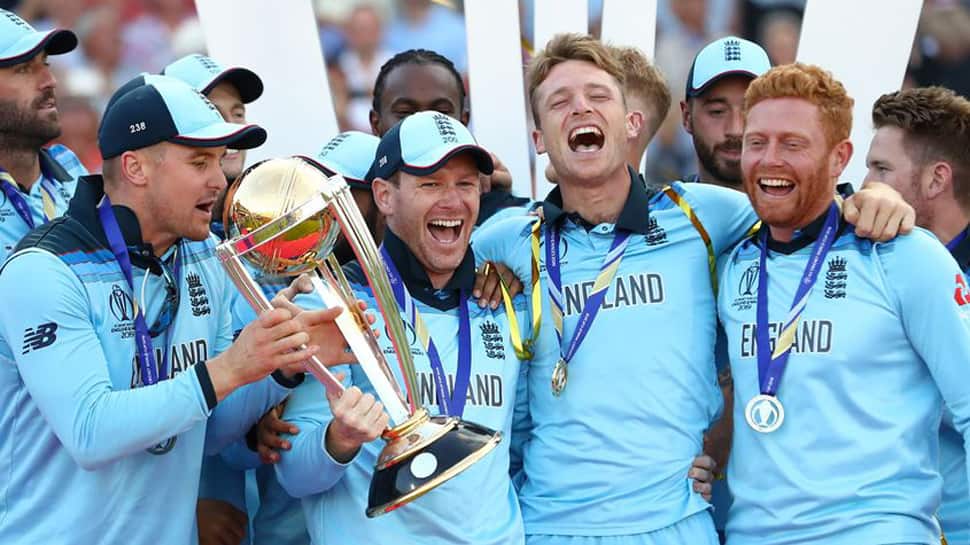 “Some are born great, some achieve greatness, and others have greatness thrust upon them,” wrote William Shakespeare in Twelfth Night, but some, England’s cricket team in particular, plan it.

A laughing stock at the last World Cup four years ago they have, through a pragmatic policy of selection and approach, targeted white-ball cricket for a big change - a change that has been radical enough to win England the Men’s World Cup for the first time in 44 years.

And what incredible scenes there were when their first title was decided by a Super-Over, or more precisely by the number of boundaries scored after both teams had scored 15 runs off their extra six balls following a tie in the match proper.

Such drama can only bolster cricket’s appeal. When Jonny Bairstow was asked whether he’d rather win the Ashes than the World Cup he said the Cup, something unthinkable before Andrew Strauss had effected his white ball revolution after the nadir experienced by England in that last World Cup.

Strauss is no longer in harness following his decision to step down as England’s director of cricket, but this team owe him a debt of gratitude for prioritizing England’s white ball cricket.

Eoin Morgan must also take much credit. Not only did he persuade Strauss he was the right man to take England forward into this brave new world as its captain, he moulded the team in his own image, which was to play aggressive, winning cricket, especially with the bat.

The other pieces to the jigsaw were to appoint a coach and his assistant who would buy in to their cause. Because a change of culture was due, the Australian Trevor Bayliss was appointed with Paul Farbrace his deputy.

The pair had worked together before, taking Sri Lanka to the World Cup final in 2011. They had also been present during the Lahore terrorist attack on the Sri Lankan team in Pakistan, so while knowing their new job would hold challenges they would not let it overwhelm them.

Bayliss, who played State cricket in Australia for New South Wales, was not especially hands on but he did encourage players to be bold. Of the team that sunk to that low in 2015, four played in the final against New Zealand, Morgan, Joe Root, Jos Buttler and Ben Stokes with Moeen Ali on the bench. In essence then, it was a change of culture rather a wholesale turnover of personnel.

When a big match like this is decided by small margins such as boundaries scored (England’s 26 to New Zealand’s 17), you have to feel for the losers.

Perennially underrated, New Zealand cricket has a turnover less than that of Surrey County Cricket Club.

They also have a talent pool of active cricketers in the low thousands. Yet, they have been one of the very best tournament teams in world cricket having made the semi-finals in eight of the 12 World Cups played.

Indeed, this was their second final in succession and while they were blown way in the first by Australia in Melbourne four years ago, they have done what all sportsmen and women should do and learnt from their mistakes.

The first thing they did was to play at a different tenor. Having lost alpha cricketers like Brendon McCullum, Grant Elliott and Luke Ronchi, their mantra has been to play not perfect cricket but winning cricket, and there is a difference.

As such they have no belief in getting into an ‘arms race’ with opponents like England, but to do things their way. And while few felt they’d made enough runs in either the semi-final against India or the final, they won the first match and came within a whisker of the taking the second.

After defeat by England, Australia’s Aaron Finch said England have set a new benchmark for the one-day game. Yet New Zealand have showed there is another way.

Not that England will change. The success of their ‘no blame’ culture has encouraged players to be bold and ‘play without fear.’

But the approach has not been without its glitches. Indeed, it’s first crisis came in the semi-final of the Champions Trophy against Pakistan two years ago, which England lost after their batting approach became confused.

They also lost a game to Scotland last year when their bold approach fell into recklessness. But while the underlying belief is still there it has been refined to the point where players like Ben Stokes, formerly headstrong and macho in his approach, has become a fine thinking batsman.

It was this second Stokes, rather than the former, which enabled England to win the 2019 World Cup but it has taken time and experience and the support of his captain an coach for him to emerge. Luckily for England, it was in the nick of time.