Earlier this week, three England players tested positive for Covid-19 and the first choice squad was sent into mandatory isolation. As a result, a completely different squad was selected for the series against Pakistan. 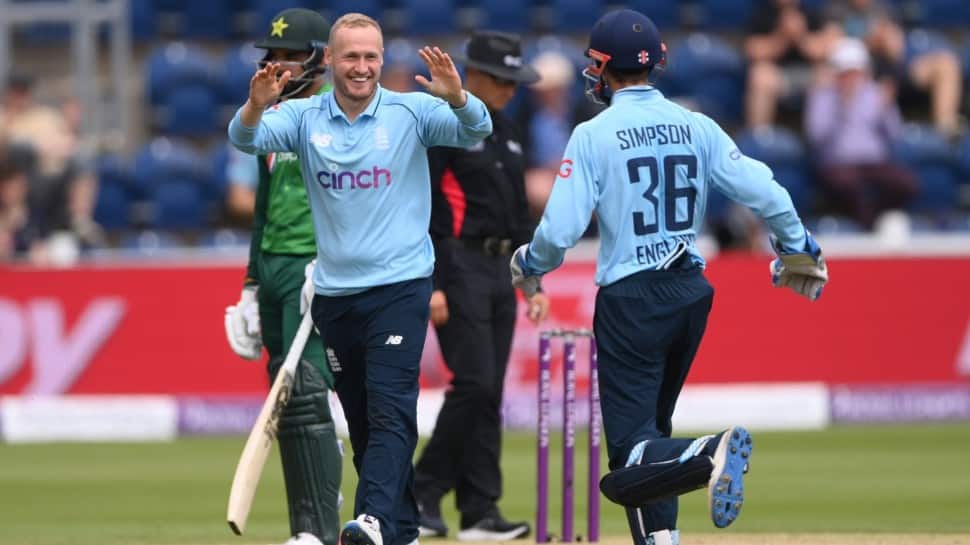 Saqib Mahmood's four-wicket haul and Dawid Malan's unbeaten 68-run knock helped second-string England side thrash Pakistan by nine wickets in the first ODI of the three-match series in Cardiff at the Sophia Gardens on Thursday.

Earlier this week, three England players tested positive for Covid-19 and the first choice squad was sent into mandatory isolation. As a result, a completely different squad was selected for the series against Pakistan.

Composed with the bat

Chasing 142, England openers Phil Salt and Dawid Malan put on 22 runs for the first wicket, but this partnership came to an end in the fifth over as Salt (7) was sent back to the pavilion by Shaheen Shah Afridi.

Zak Crawley then joined Malan in the middle and the duo mixed caution with aggression to ensure England do not suffer from any hiccups. Malan (68*) and Crawley (58*) remained unbeaten respectively as England cruised home by nine wickets with 169 balls to spare.

Saqib gets off us to an incredible start!

Sent into bat first, Pakistan got off to a bad start as the side lost its first four wickets with just 26 runs on the board. Imam-ul-Haq (0), Babar Azam (0), Mohammad Rizwan (13), and Saud Shakeel (5) all failed to impress with the bat in hand.

Fakhar Zaman and Sohaib Maqsood then put on a brief 53-run stand for the fifth wicket, but as soon as Pakistan started to get on track, Maqsood (19) lost his wicket to a run-out and the visitors were reduced to 79/5 in the 19th over.

Soon after Zaman (47) also perished to Matthew Parkinson in the 19th over and soon after, the entire side was bundled out in no time. Shadab Khan showed some promise as he scored 30 runs, but that was just about that.