Ben Stokes emerged hero for the 60 million hearts across the country, 30000 of which were seated, well, not quite, at the home of cricket. 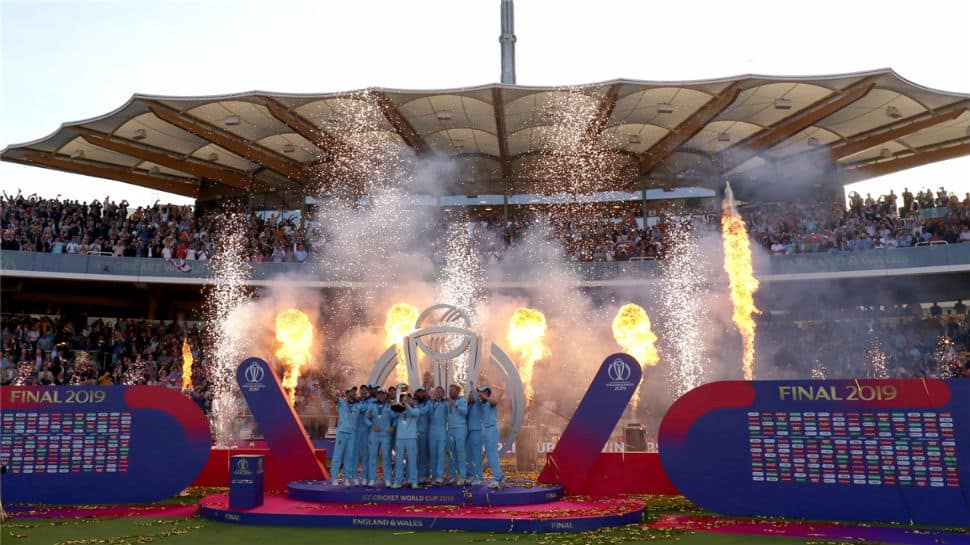 LONDON: Those present at the Lord’s cricket ground on Sunday, July 14, 2019, witnessed history – spectators and journalists alike. For the first time in their men’s cricket history, England are World Cup winners. In a nerve-racking final at the Lord’s cricket ground Sunday, England edged New Zealand in a thrilling finish to lift the 2019 World Cup and slay the demons of their underwhelming past at ICC events.

How’d it happen? Add all the riveting elements you can in a cricket match and you’ll have your answer. Tidy bowling, questionable call, brilliant batting and a close finish. No, wait for it… a Super Over finish. For the first time, a World Cup final ended in a tie, both teams finishing on 241 each. Remember how everyone spoke about England and New Zealand being equally deserving of winning the World Cup? That’s how it turned out.

Both teams finished with an identical total in 50 overs, and then again in the Super Over. But England, on the basis of a better boundary count than New Zealand, won.

Ben Stokes emerged national hero for 60 million people across the country, 30000 of which were seated, well, not quite, at the home of cricket. After Trent Boult dropped him at the boundary – a catch he would have taken nine out of 10 times – and slipped over the boundary for a six – Stokes took the match into the final over, of which 15 were required. After two dots, Stokes, drilled a six over cow corner which was followed by a questionable overthrow, which went for four after the ball ricocheted off a him while diving. Two needed off the last ball, Stokes and his partner ran for their lives, but at the non-striker’s end, Mark Wood couldn’t cross the line and the match was declared a tie.

For the Super Over, it was Stokes and the man he put on an incredible century-plus stand with, Jos Buttler, who walked out. Both hit a boundary each to set New Zealand 16 to get. Off Jofra Archer, James Neesham smacked a six over midwicket and with Martin Guptill, ran three doubles along with a wide. Two needed to win off the last ball, Guptill, returning for the second run, fell short of his crease. Buttler took off the bails and victory was sealed. The fireworks took off, the English players ran like maniacs. But no one would mind. They had done it. England are your new World Champions. What a match, what a tournament, what a finish.

Take a deep breath, and let it sink it. Earlier in the day, Britain’s very own Lewis Hamilton had claimed his record sixth British Grand Prix and not too far from Lord’s, Novak Djokovic and Roger Federer were playing out a classic Wimbledon final which also went into a tie-breaker. The World Cup 2019 final joined in to make it a bumper Sunday.

This World Cup, New Zealand had not once scored 300, but have defended relatively-low totals. Against India, New Zealand defended 239. They needed need to do it again, in the biggest game of the tournament, after three wickets each from England’s Liam Plunkett and Chris Woakes had kept New Zealand to under 250.

There was drama straightforward. Boult made the first ball of the innings swing back and it rapped Jason Roy on his pads. It looked plumb, hence New Zealand went upstairs. The ball was even hitting the leg stump, but just not by a margin enough for the umpire to overturn his decision.

Boult and Matt Henry troubled the most dominating opening pair of the World Cup. There were swings and misses, inside edges which raced past the stumps. Roy was extremely lucky that a Henry delivery cut back between his bat and pad and almost crashed into the stumps, though after constantly peppering him outside off, the opener finally edged the ball to Tom Latham.

Runs dried up. New Zealand bowled three maidens in a row. Usually, Joe Root, who is an expert in nudging the ball in gaps and run singles, seemed unsure of what he was doing after facing 30 balls and played a shot very unlike him to be dismissed.

Colin de Grandhomme’s dibbly-dobblies almost fetched him a wicket when Jonny Bairstow offered him a return catch, but the allrounder failed to hang on. The disappointment didn’t last long as Lockie Ferguson, returning for his second spell, had Bairstow playing on. A lot has been spoken of Eoin Morgan and his problems against the rising short ball. Neesham exploited it and the England skipper was taken handsomely by Ferguson diving in. England 86/4 and in dire straits.

There was widespread shock at Trafalgar square the moment Ferguson’s catch was declared legit. With England in desperate need of repair work, Buttler and Stokes forged a resilient partnership. The two came together in the 24th over and batted on. At first, there were singles and once the partnership surpassed 50, the runs began to flow.

Buttler uppishly cut Boult for a boundary and almost reached out to beat the sweeper cover boundary to Ferguson. Then came the Buttler special – shimmy across the stumps and the ball scooped towards fine-leg. Stokes, meanwhile, had broken the shackles by running down the wicket a couple of times to de Grandhomme and Neesham. With the match narrowing down to the last 10 overs, the 100 partnership was up and Buttler and Stokes had raised their half-centuries in a space of three balls.

Buttler whipped Ferguson over short cover but three deliveries later, the fast bowler had his man. Giving himself room, Buttler went for another blaze over cover but the substitute Tim Southee covered good ground to complete the catch. From there, England lost their final five wickets for 38 runs.

New Zealand’s bane throughout this tournament has been the loss of an early first wicket. But Sunday, the start looked a lot more positive. They could have been one down in no time again when Kumar Dharmasena ruled Henry Nicholls out LBW, but with the DRS timer almost running out, the opener went for the review and saved himself.

Guptill, who had admitted frustrations with himself due to a long list of single-digit scores, executed a slash for six over third man and a powerful straight drive that could have beheaded Archer. This was the Guptill of old, feet moving and looking a lot more assured in strokeplay. Like Nicholls, Guptill received a delivery that nipped back just about enough, and took the review too. But this was way too full and the ball was crashing onto middle. At 29/1, Williamson was once again out early and with Nicholls absorbed the pressure.

England’s pacers were guilty of bowling far too many short balls and it helped Nicholls and Williamson pick up pace. Nicholls cracked a boundary to get going before whipping the ball away backward of square. Later, a back of a length ball was pulled behind square.

Williamson’s graft and a bit of gumption from Nicholls helped New Zealand rebuild. England went on the attack, bringing in three slips a short point and a gully, but both batsman got themselves in and took New Zealand past 100.

Williamson, with a semi-slog sweep off Adil Rashid, was marching towards 600 runs in the tournament before Plunkett once again emerged as the partnership-breaker. His double-strike broke through New Zealand’s resistance. The skipper offered a feather and the review showed a spike on the snicko. Still, Williamson’s 578 runs are the most by a captain in a single edition of a World Cup.

Nicholls, who had brought up his half-century off 71 balls drove away from his body and played on. Guptill’s waste of a review returned to haunt New Zealand. Ross Taylor was adjudged leg before wicket to but replays showed it was going over. New Zealand went boundary-less for 93 balls, with Plunkett, Mark Wood and Rashid tying them down.

Neesham’s back-to-back boundaries that finally had them going and when Latham struck a couple of fours in quick succession, New Zealand’s lower order was in with a chance of revival. They could have really done with a repeat of Neesham’s 95 against Pakistan and Latham’s fighting half-century against England in Durham. Instead, Neesham holed out at mid-on for 19. Who gets him? Plunkett.

New Zealand collected just 45 runs between over 40 and 45 but Latham kept New Zealand breathing. However, three short of a fifty, he was foxed by a slower one from Woakes and lobbed a simple catch to substitute James Vince, who had also taken the catch to dismiss de Grandhomme. Henry clobbered a four towards deep midwicket off Woakes before being bowled by Archer.