England will be silly not to pick Jofra Archer: Former pacer Devon Malcolm

Archer, who plays for Rajasthan Royals in IPL, will become eligible for selection before the ICC World Cup begins in May under new ECB residency rules. 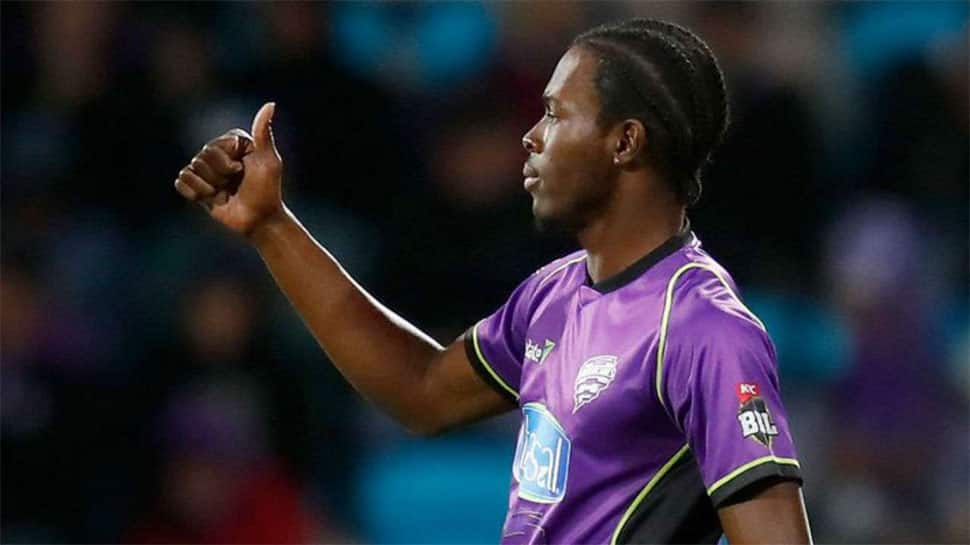 According to former fast bowler Devon Malcolm, England would be silly not to include Barbados-born all-rounder Jofra Archer in their ICC World Cup squad even if it is just to keep their regular pace attack on their toes.

The prodigiously-talented Archer, who shone for Sussex last season and in the Big Bash for Hobart Hurricanes, will become eligible for selection before the tournament begins in May under new England and Wales Cricket Board (ECB) residency rules.

The 23-year-old, has been tipped by the likes of Malcolm's former England team-mate Nasser Hussain for a place in the hosts' 15-men squad and Malcolm believes he would give captain Eoin Morgan greater options.

"Archer is a superb young player, a good bowler, very quick, an athletic fielder and he can bat as well so he would give the England captain quite a lot more to work with," Malcolm told Reuters.

"Morgan will be wary of making changes based on Archer's potential. But, he's a fantastic young cricketer and it would be silly not to put him in the squad," he added.

England, ranked number one in the ODI standings, began a five-match series against West Indies on Wednesday and unless they perform very badly it would be a surprise if there was much space for any late additions to their World Cup squad.

But Archer, who represented West Indies at Under-19 level, can bowl consistently at speeds of over 90 mph, is a destructive lower-order batsman and a silky fielder. His showreel includes a hat-trick for Sussex in last season's T20 blast.

England have a settled side and strong fast bowling options with Chris Woakes, Liam Plunkett and Mark Wood starting the first ODI of the series against West Indies in Barbados.

David Willey and Tom Curran are also in the mix but Malcolm says Archer's imminent eligibility means they will be looking over their shoulders.

"These guys play together and have won nine ODI series on the trot so, Eoin Morgan must decide how quickly he would fit in," said Jamaica-born Malcolm, a rapid if somewhat erratic bowler whose defining moment was taking nine for 57 for England against South Africa in 1994.

"But, with Archer waiting in the wings they will have to lift their game a bit more because they will want to be starting in the World Cup in May," added Malcolm.

Whether Archer gets the call for the World Cup or has to wait a little longer, Malcolm warned against putting too much pressure on him.

"Don't try and make him England's saviour too soon," the 55-year-old Malcolm said.

Not surprisingly, as a member of the fast bowling union, Malcolm believes quickie Wood could be an ace in Morgan's pack too, especially after his five-wicket-haul that put England in charge of the third Test in St Lucia this month.

Malcolm said, "It was refreshing to see. All of a sudden you saw what pace can do. Once you get over 90 mph it doesn't matter how good you are that pace will get you out. He would be a big plus for the side because he shakes batsmen up. The same as Archer who also bowls a little quicker than what England already have."

England will be favourites for the World Cup on home soil, but Malcolm says the West Indies will be dangerous, especially with destructive batsman Chris Gayle, who made a magnificent century on Wednesday, and Shimron Hetmyer in their ranks.

"They can get on a roll. They have some talent with Shai Hope, Hetmyer and of course Gayle. If he decides to bash it around for 20 overs it's difficult to hold him back. He is a showman, the bigger the stage the better he performs," Malcolm signed off.