Facing opponents like David Warner, Aaron Finch and Mitchell Starc is not a piece of cake for the English. 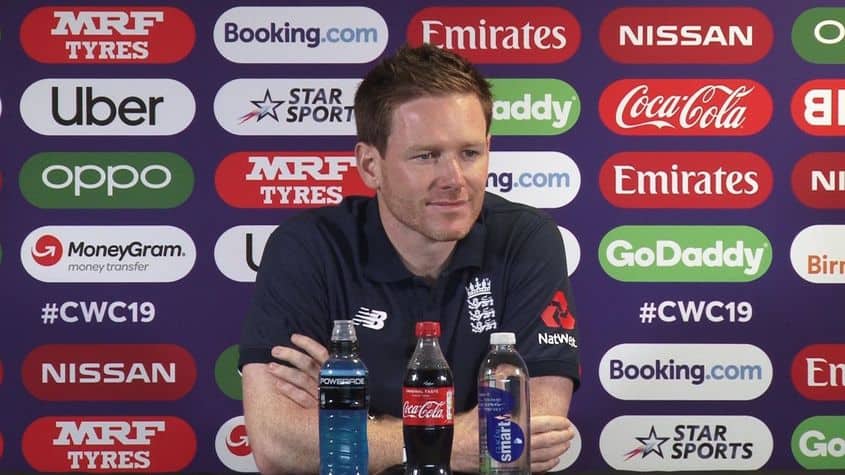 Riding on consecutive victories against India and New Zealand, England is set to face Australia in the second semi-final of ICC World Cup 2019. The hosts will clash with arch-rivals Australia at Edgbaston in Birmingham is their most crucial game of the tournament.

Facing opponents like David Warner, Aaron Finch and Mitchell Starc is not a piece of cake for the English, but they have players like skipper Eoin Morgan, Jofra Archer and Ben Stokes to pin their hopes on.

Here’s a look at England cricketers who are likely to make Australia slog it out for a berth in the final of ICC World Cup 2019:

All-rounder Ben Stokes can emerge as the key for the English in the semi-final clash against Australia. He has scored a total of 381 runs and claimed seven wickets in the tournament so far. While his knock of 89 runs against South Africa helped England accumulate a total of 312 runs, he also registered three consecutive 50-plus scores in the tournament.

Jofra Archer announced his arrival in the tournament with a bang when he took three wickets in the opening World Cup match. He is currently among the top six bowlers with most wickets in ICC World Cup 2019. Archer has so far claimed 17 wickets in 9 matches by conceding just 387 runs.

Skipper Eoin Morgan’s knock of 148 against Afghanistan at the Old Trafford stadium has been one of the most remarkable innings of the tournament so far. He hit as many as 17 sixes, playing for just 71 balls at a strike rate of 208.45. The skipper now needs to lead the squad from the front and ensure that they qualify for the final.

Another batsman who can emerge as a key for England is Joe Root, who has scored 500 runs in the tournament so far. He has been batting in ICC World Cup 2019 at an average of 62.50.