Leach, who has honed his skills on a Taunton pitch that offers turn, picked up 18 wickets as England completed a 3-0 sweep at Sri Lanka last November. 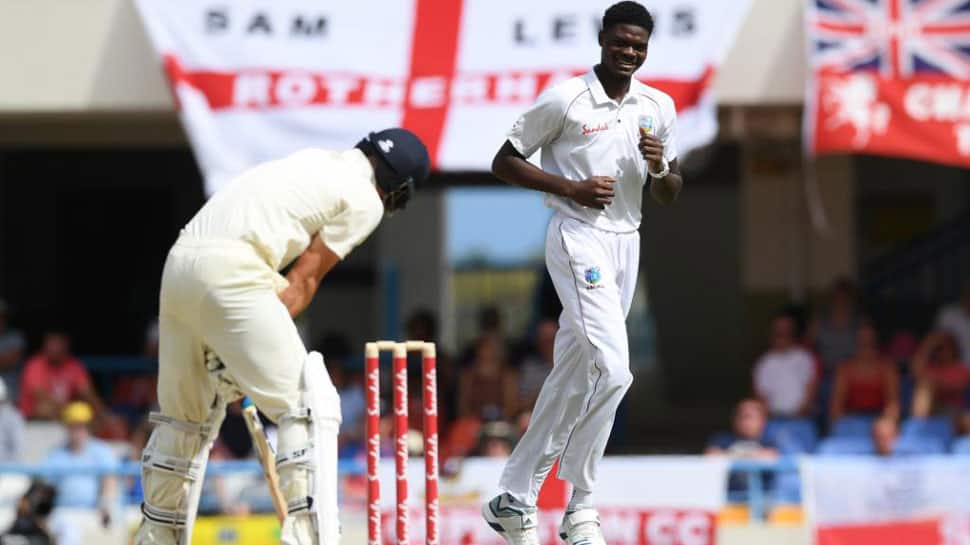 England must prepare their batsmen to handle different types of pitches and not just complain about unfamiliar tracks if they are to be more consistent overseas, spinner Jack Leach has said.

England suffered a 10-wicket defeat to the West Indies in the second Test last week as their batsmen struggled to cope with the variable bounce on a green Antigua wicket, managing scores of 187 and 132 in two innings.

That display followed another batting failure in the first Test at Barbados, where the tourists were bundled out for 77 and 246 to lose by 381 runs on a flat wicket.

"We need to challenge people to be better at cricket rather than complain about pitches," left-arm spinner Leach, who missed the first two Tests, told British media.

"I don`t know if that comes from the top or the counties, but it`s a big thing. There are very few times where you spend 150 overs in the field and it`s a batting paradise."

Leach, who has honed his skills on a Taunton pitch that offers turn, picked up 18 wickets as England completed a 3-0 sweep at Sri Lanka last November.

However, the 27-year-old said that that England had a tendency to view spinning wickets negatively.

"But if it`s seaming around we`re not too bothered. That needs to be addressed, how they mark pitches," he added.

"So as much as I think spinning pitches are important, playing on flat ones, too. You can`t do things you haven`t practised before."

The third Test begins in St Lucia on Saturday.