Eoin Morgan blamed a bad day in the field as England suffered a surprise defeat at the hands of Pakistan at Trent Bridge. 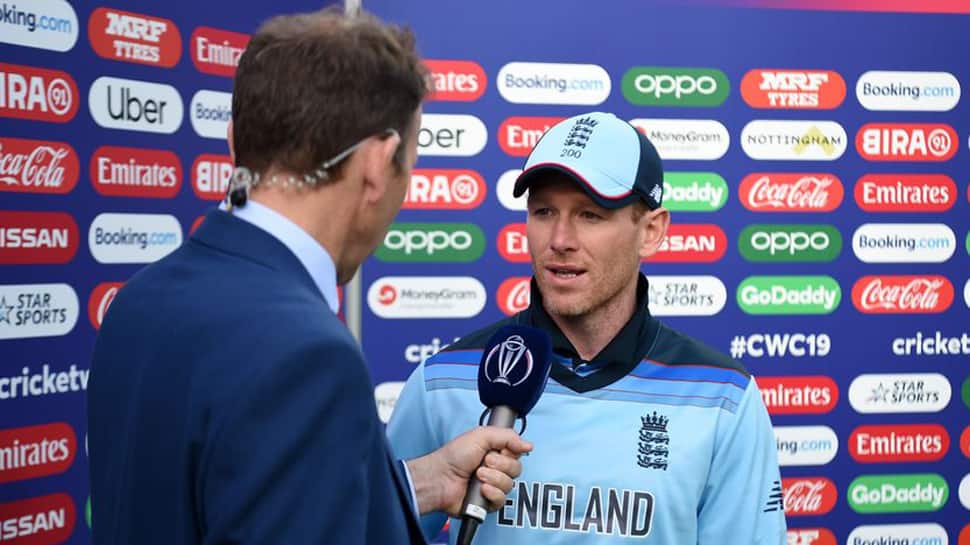 Eoin Morgan blamed a bad day in the field as England suffered a surprise defeat at the hands of Pakistan at Trent Bridge.

No-one was brave enough to pad up and tell England’s frustrated captain that ‘catches win matches’ but the oldest maxim in cricket couldn’t have been more appropriate.

England were flawless in the field in their opening ICC Men’s Cricket World Cup 2019 win over South Africa at the Oval, but isn’t sublime almost always followed by ridiculous?

From the very first over there were misfields and overthrows and one very expensive dropped catch - Jason Roy, usually one of the safest hands on the team, shelling a regulation effort and then seeing Mohammad Hafeez go from 14 to 84.

“I don’t think it was that bad a day with the bat and ball but our fielding, that was a bad day,” said Morgan, whose side will next face Bangladesh in Cardiff on Saturday.

“We’ve gone from our best fielding performance to a display that has really cost us. I don’t know how many runs, 50 or 60?

“You can have bad days with the bat and ball but you really shouldn’t in the field. We’ve done all the work and it’s hard to explain, they were mistakes we never normally make.

“It’s an attitude thing. We need to take that stand-off attitude we showed and recreate that fearless nature that goes for everything.

“It’s tough to take because we could have done something about it. When the difference between the sides is their fielding, that’s going to be frustrating.

“Our performances with bat and ball will go up and down, it’s a long tournament. But our fielding, that should remain a constant high standard."

Morgan drafted in Mark Wood to replace Liam Plunkett, thinking his extra pace would trouble a Pakistan batting line-up that had been rattled out for just 105 against the West Indies in their first fixture.

He won the toss and threw his seamers into the action but those best laid plans were frustrated as a stubborn Pakistan soon got themselves on top.

Hafeez’s 84 and Babar Azam’s 64, alongside strong contributions from Imam ul-Haq, Fakhar Zaman and Sarfaraz Ahmed all had Morgan scratching his head as Pakistan posted 348-8.

England chased down 340 with three balls to spare against Pakistan at Trent Bridge earlier this month and knocked off 358 in Cardiff a few days earlier.

But the target would have been the biggest run chase in the history of the ICC Men’s Cricket World Cup and despite centuries from Joe Root and Jos Buttler, the first of the tournament, they fell 14 runs short.

However, the hosts’ score of 334 was better than the World Cup’s record run chase, 329 by Ireland against England eight years ago.

And that’s should give some small crumb of comfort to team not prone to panicking.

“We were short by 14, they posted a big score and it’s hardly that far away,” added Morgan.

“We certainly weren’t complacent. When you play Pakistan you expect everything from them. It was a very good game of cricket and a great advertisement for the tournament. We're bitterly disappointed to be on the wrong end of the result.

"Trent Bridge is a high scoring ground, we felt the wicket was good, the outfield was rapid and we thought if we got partnerships going, 350 was in our grasp.