The victory also saw KKR keep their hopes alive of making it to the playoffs of the ongoing season of the IPL. 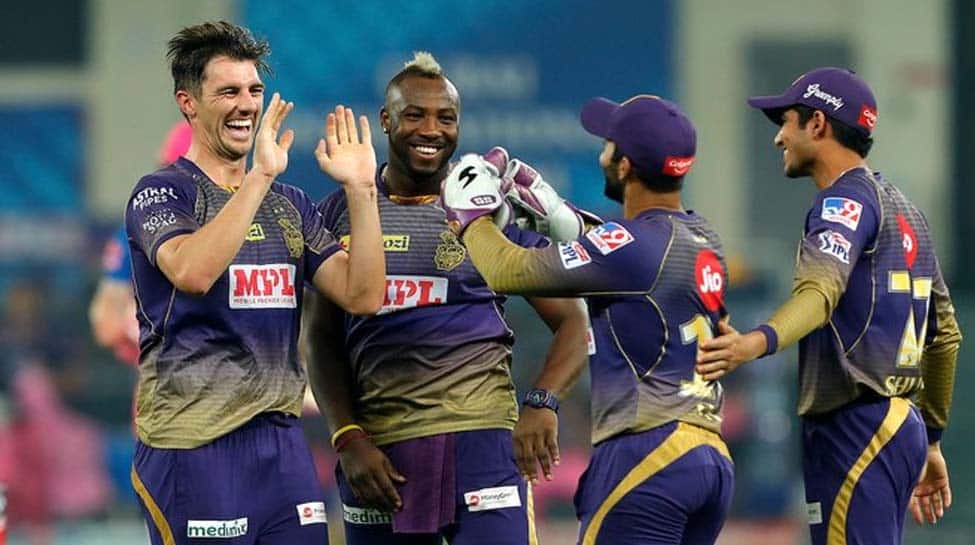 After skipper Eoin Morgan notched up a half-century, Pat Cummins bagged a four-wicket haul to help Kolkata Knight Riders (KKR) thrash Rajasthan Royals by 60 runs in the two sides' last league stage fixture of the 2020 edition of the Indian Premier League (IPL) at the Dubai International Stadium on Sunday.

With the victory, the Kolkata franchise has also knocked the Steve Smith-led side out of this season's lucrative T20 tournament.

Rajasthan Royals won the toss and elected to field first during the match.

KKR lost opener Sunil Narine for a duck off a Rahul Tewatia delivery in the first over. Opener Shubman Gill (36) and Ravi Tripathi (39) then joined forces and stitched a crucial stand of 72 runs for the second wicket.

Subsequently, captain Eoin Morgan led from the front by smashing a quick-fire unbeaten knock of 68 runs off just 35 balls to help KKR post a good total of 191 for seven in their stipulated 20 overs.

While Sunil Narine and former KKR skipper Dinesh Karthik both fell for duck, Andre Russell and Pat Cummins too failed to contribute much with the bat and departed cheaply for 25 and 15 runs, respectively.

For Rajasthan, Rahul Tewatia was the pick of the bowlers with figures of three for 25, while Kartik Tyagi finished with figures of two for 36.Shreyas Gopal and Jofra Archer also chipped in with a wicket each.

In reply, Pat Cummins proved to be a tormentor-in-chief for KKR as he bagged four wickets while conceding just 34 runs to reduce Rajasthan Royals to a score of 41 for five inside Powerplay.

Shivam Mavi (two for 15), Varun Chakravarthy (two for 20) and Kamlesh Nagarkoti (one for 24) all shone with the ball to help their side restrict Rajasthan to a score of 131 for nine.

Cummins was declared 'Man of the Match' for his impressive show with the ball.

The victory also saw KKR keep their hopes alive of making it to the playoffs. They have climbed up to the fourth spot in the points table with seven wins from 14 matches.