AB de Villiers, who opted to walk away in May 2018, had shown an urge to return to the national set-up but his offer was turned down by the selectors. 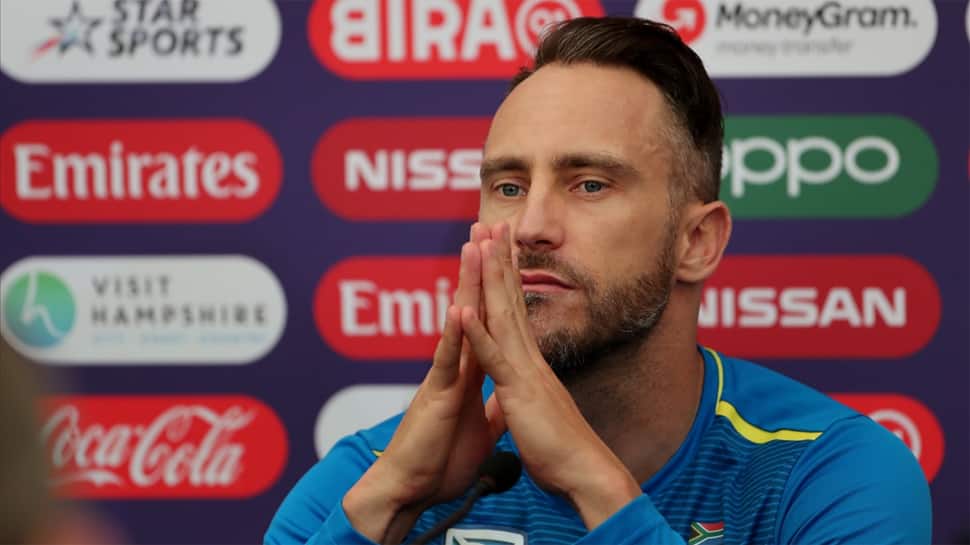 SOUTHAMPTON: Faf du Plessis, the South Africa captain, insisted that the controversy surrounding AB de Villiers has not brought any cracks within the players and instead stated that it may have worked in the best interest of the team as they look to put their World Cup campaign on track.

As revealed a few days ago, de Villiers had shown an urge to return to the national set-up but his offer was turned down by the selectors. The decision was primarily made because the selectors thought bringing back de Villiers, who opted to walk away in May 2018, would be unfair to the current crop of players, who’ve made progress to make it to the World Cup squad. Du Plessis claimed the team’s reaction to the entire furore was somewhere in between.

“I think a little bit of both,” he said. “I think to say no, it didn’t, or to say yes, it did, unites us as a team. We do feel like the news came in and went through the team. It didn’t have a huge impact. There was just a discussion on clarity and on making sure everyone knows what’s going on and then it was moving on.

“The team was happy to get on with business,” he added. “But it is stuff like that, generally, that can give you direction in your team and give you purpose to focus on what lies ahead.”

As per the revelations, de Villiers got in touch with du Plessis during the Indian Premier League, where he was playing for the Royal Challengers Bangalore, the captain, although surprised, responded to his long-time friend without much of an optimism.

“It was just a conversation,” du Plessis said, “a phone call the night before the team got announced. It was just a ‘This is what I’m feeling’.

“I said to him, ‘I think it is too late but I will check in with the coach and the selectors the next morning to get their opinion on it, as the squad was already announced or picked’.

“But that day there was the announcement. When I spoke to the coach and the selectors the next day, they all agreed that it was way, way too late to change the team, or 99.99 percent [too late].”

South Africa lost their first three games of the World Cup, while their fourth match against West Indies ended in a washout. The result has left the team with a straight-forward equation: they need to win all their remaining matches if they hope to make it to the final four. Usually, it is easy to look at the glass as half-empty but du Plessis insisted that the team is upbeat about what lies ahead.

“It is just performance-wise we haven’t put in the performances we need and, generally, I find that when a team starts losing two or three games, it can happen that there’s a few cracks that can appear in a team and the blame game can start.

“And I do honestly believe that we have been very far away from that. That is a strong sign of us as a team, as a culture, and that is one aspect of performance. You get culture and then you get the actual performance on the field.

“So it’s a positive sign that everything seems intact when it comes to that. But now it is just the performance and the skill side of cricket that needs to take over.”

Despite the washout which offered them a point to finally get off the mark in the 2019 World Cup, South Africa remain ninth on the points-table, just above Afghanistan. Du Plessis, understanding the importance of taking one step at a time, feels it is too early to weigh the permutations and combinations for a top-four finish and what matters most at the moment is to get some wins under the belt.

“It is too far away,” du Plessis said. “Right now, for us, we need to focus on our performance. If we can get our performance sorted out, our skills, our confidence back up where it needs to be, and start getting on a roll of two or three games, you can only really look at those things when it comes to the last week of the tournament.

“Naturally, when you are in a tournament like this, as the team at the bottom part of the log, you want the top team to keep winning to make sure there is a little bit of a breathing room for the other two or three teams, so you keep an eye on other results, maybe, in that aspect. But it’s obviously really out of our control.”