The move by the security personnel to not allow the masks was in accordance with a norm of the International Cricket Council. 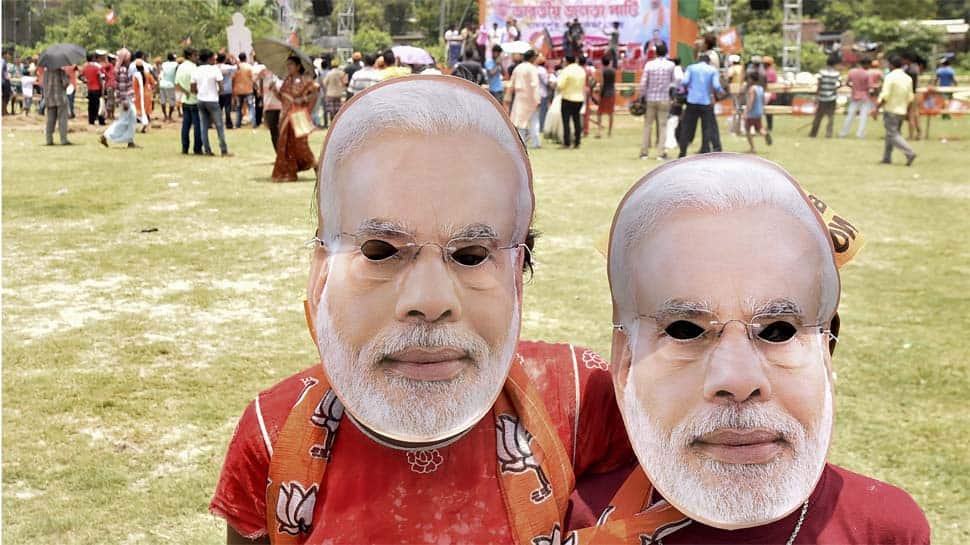 It was a treat for Indian fans at Old Trafford Stadium in Manchester when India thrashed Pakistan yet again in a World Cup encounter. However, some fans were disheartened upon their arrival at the venue as they were not allowed to take Narendra Modi masks inside the stadium, reported Pakistani media.

According to a report in Pakistan-based Geo News, a number of Indian fans were allowed to enter the stadium to witness the India vs Pakistan clash only after surrendering the masks to security personnel.

The move by the security personnel to not allow the masks was in accordance with a norm of the International Cricket Council (ICC), which states that no player or spectator could display any political message during any match of the tournament.

Some reports said that the fans had brought the masks for three pounds and were disappointed with the move. They claimed that no prior information was given to them regarding the rule.

Notably, a photograph of an Indian fan wearing a Modi mask during the India vs New Zealand match at Trent Bridge, which was washed out by rain.

At Old Trafford stadium in Manchester on Sunday, India maintained their record of winning all World Cup clashes against Pakistan, by beating them with 89 runs. India and Pakistan have played 7 matches in World Cups and the former has won them all.

The highlight of Sunday’s match was a smooth fearless knock of 140 runs off 113 balls. Skipper Virat Kohli also played a commendable innings, scoring 77 runs and becoming the fastest player in One Day International to pass 11,000 runs.