Eoin Morgan revealed England are sweating on the fitness of Mark Wood ahead of Friday’s clash against the West Indies, with the fast bowler battling an ankle injury. 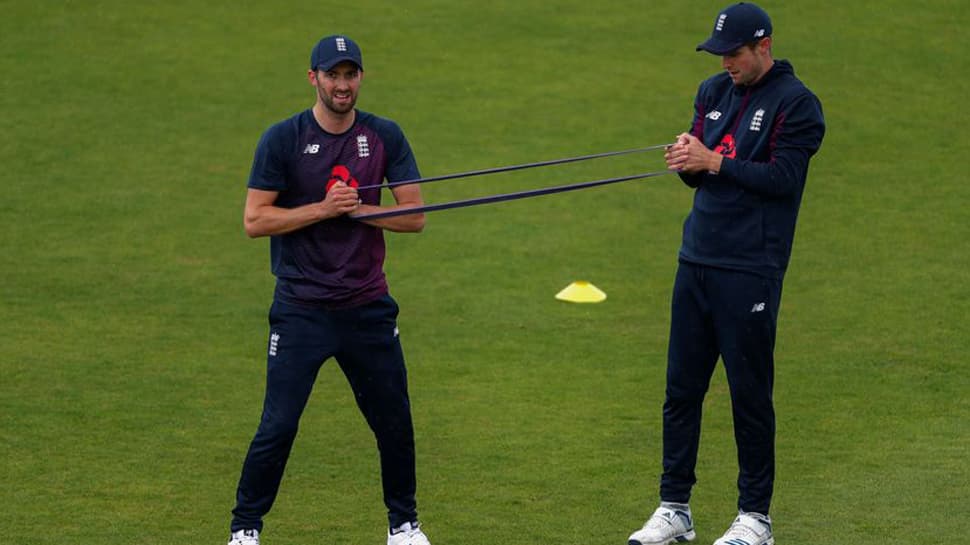 Eoin Morgan revealed England are sweating on the fitness of Mark Wood ahead of Friday’s clash against the West Indies, with the fast bowler battling an ankle injury.

As per ICC press release, the 29-year-old has taken four wickets at the ICC Men’s Cricket World Cup 2019 but his ankle flared up after their 106-run win against Bangladesh last Saturday.

Wood is used to the problem, with his ankles the cause of several lengthy spells on the sidelines, and, although this is only a minor problem, his potential absence would be a blow against a lively West Indies batting line-up.

Wood, in conjunction with fellow 90mph bowler Jofra Archer, has the potential to terrorise batsmen and their battle with big-hitting West Indies opener Chris Gayle is a mouth-watering prospect.

However, he is England’s only doubt with off-spinner Moeen Ali available following the birth of his daughter, Haadiya, earlier this week while vice-captain Jos Buttler is expected to keep wicket following a hip problem.

Morgan said: “Jos is fully fit. Mark Wood will have a fitness test in the morning, nothing too serious from Cardiff.

“His ankle is swollen. He has not bowled for two days so we will see how he is, if he is sore then we may not take the risk.

“Mo’s wife gave birth to a baby girl, all healthy and well, so it is great to see him back. We might go with four seamers or two spinners, whichever is more effective.

“With seamers, it is always about the balance to take on the West Indies.”

While England wait on news of Wood’s availability, all eyes will be on his fellow fast bowler Archer – playing against the nation of his birth for the first time.

The 24-year-old, born in Barbados, has made an explosive start to international cricket with England and Morgan, who played 23 ODI matches for Ireland before switching allegiances, insists he will not be overawed.

“Jofra has been very consistent over a long period of time, since he came to Sussex,” he said.

“It is great he is in an England shirt. It does feel different the first time you play against a side you could have played for. I am sure he will handle it.

He added: “I did not find it difficult [against Ireland for the first time]. It was a different challenge, rather than a difficult one.”

Always a dangerous opponent, the West Indies are the only country at this World Cup not to have lost to England in their most recent ODI series against them.

The two sides drew 2-2 in an enthralling battle in the Caribbean earlier this year and Morgan is under no illusions what his side will face – hostile, fast bowlers and big, hulking batsman.

“They are a strong outfit, we expect the same tomorrow,” he said.

“They are explosive with the bat and a different challenge with the ball. The seamers are tall and they hit the wicket hard, for most of the time they play with one spinner.”