Felt 'very sad' when Sachin Tendulkar got out for 98 in 2003 World Cup, says Shoaib Akhtar

Former Pakistan fast bowler Shoaib Akhtar on Tuesday (May 19) said that he was very sad after claiming the wicket of Sachin Tendulkar for 98 in the 2003 World Cup match between India and Pakistan at South Africa. 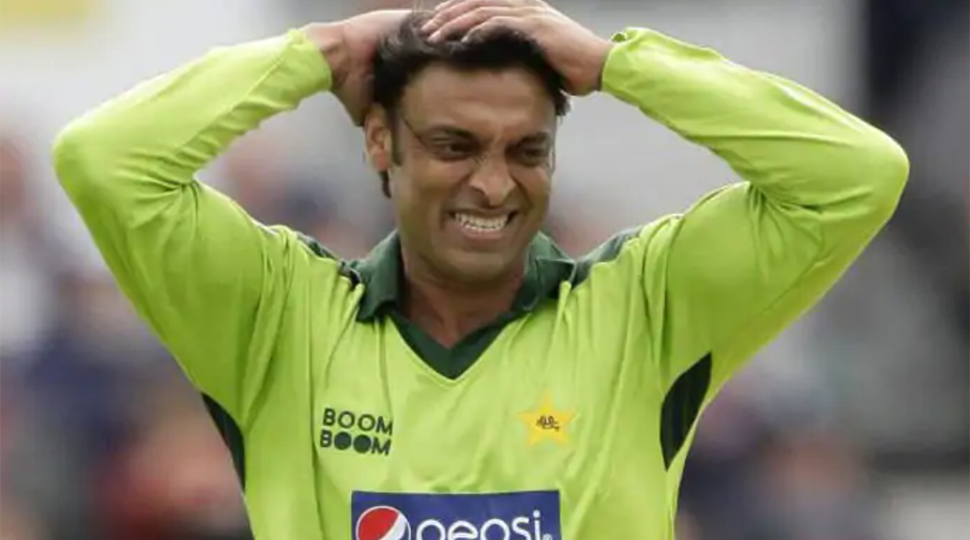 Former Pakistan fast bowler Shoaib Akhtar on Tuesday (May 19) said that he was very sad after claiming the wicket of Sachin Tendulkar for 98 in the 2003 World Cup match between India and Pakistan at South Africa.

One moment from that historic match which no India fan can forget is Tendulkar’s superb six off Shoaib over the deep square region. But as Sachin reached 98,  Akhtar bowled a vicious bouncer to dismiss the Master Blaster.

“I was very sad because Sachin got out for 98. It was a special inning; he should have touched the century mark. I wanted him to slam the ton. For that bouncer, I may have loved to see him hit a six, as he did it before,” Akhtar said during a Helo Live session.

“Tendulkar batted in the toughest era of cricket. If he had to get the chance now, he may hit more than 1.30 lakh runs. So it’s not good to make a comparison between Sachin and Kohli,” Akhtar, who represented Pakistan in 46 Tests and 163 ODIs, said.

Earlier, in a video posted on his YouTube channel, Akhtar had said that his fitness and poor captaincy from then skipper Waqar Younis should be blamed for Pakistan's loss in the all-important game.

“The most disappointing match for me in my entire career was the 2003 World Cup match against India at Centurion. We had failed to defend a target of 274 despite having a very good bowling line-up,” said Akhtar.

“After the end of our innings, I told my teammates that we have probably scored 30-40 runs less. However, all the players in the team shouted at me saying if ‘273 is not enough then what is. They said we will be able to get India all out. However, I knew that the pitch was a good one for batting and it will remain so in the second innings as well," Shoaib noted.

“When we started the bowling, I noticed that my left knee had gone numb. Because of which, I wasn’t able to run properly through my bowling run-up. As a result I was not able to bowl properly. Indian openers, Sachin Tendulkar and Virender Sehwag, went for the charge from the word go. In fact, Sachin played me very well and even hit me for a six over point. I had no clue how to bowl and get the breakthrough. Unfortunately, the captain (Waqar Younis) got me out of the attack. He brought me later in the innings where I just bowled fast and short. I got out Sachin at 98 on a short-pitched delivery. I told the captain that I should have persisted with such bowling from the very beginning. In the end we lost the match,” he added.