The two sides will play the opening ODI of the five-match series in Johannesburg on March 3. 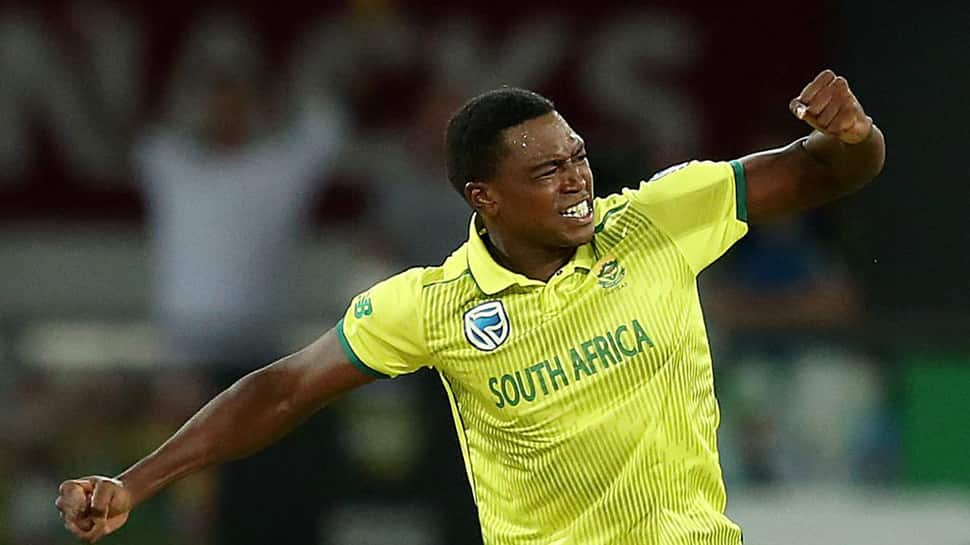 Pacer Lungi Ngidi, who has recovered fully and proved his fitness after sustaining a knee injury last year, has been recalled into the 14-member South African squad for the upcoming first three ODIs of the five-match series against Sri Lanka.

Reflecting on Ngidi's inclusion in the national squad, selection convener Linda Zondi said that the fast bowler has been called back after his impressive form for Titans in the Momentum One-Day Cup.

"It is great to have Lungi back in the squad after a lengthy period on the sidelines caused by the injury he suffered in the white-ball series in Australia last year. His recent form for the Titans in the Momentum One-Day Cup has been most impressive and he has clearly matched fit for international cricket again,"ESPNcricinfo quoted Ngidi as saying.

Besides Ngidi, Anrich Nortje has earned his maiden call-up after being declared fit following an ankle injury during the inaugural edition of the Mzansi Super League (MSL) last year.

Zondi said that it would be interesting to see what Nortje could offer to the team in the upcoming series after some impressive performance in the Mzansi Super League.

"Anrich has also come back well from injury and we want to see what he can offer the Proteas after his highly impressive form in the Mzansi Super League. Outright pace is not something that you can coach, and he looks another exciting addition to our pace arsenal,"he said.

While wicketkeeper-batsman Heinrich Klaasen and seamer Dane Paterson have been dropped, seam-bowling allrounder Wiaan Mulder has been retained.

The two sides will play the opening ODI of the five-match series in Johannesburg on March 3.