Vijay Shankar knows the versatility required of an all-rounder – but he didn’t imagine just how adaptable he would have to be at Old Trafford. 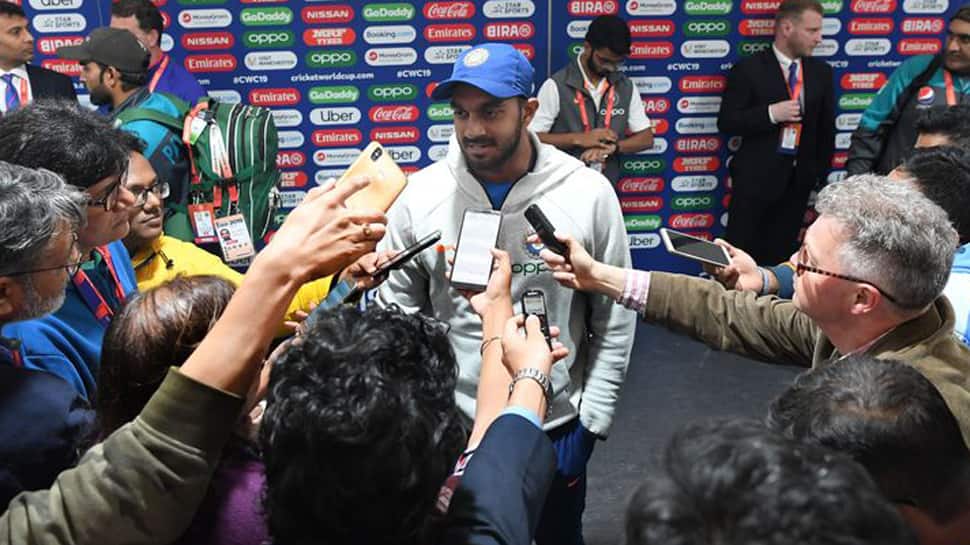 Vijay Shankar knows the versatility required of an all-rounder – but he didn’t imagine just how adaptable he would have to be at Old Trafford.

As per ICC press release, the 28-year-old was in the thick of things with both bat and ball as India beat Pakistan by 92 via DLS method in the rain-punctuated game in Manchester.

When Bhuvneshwar Kumar pulled up with a hamstring injury after the fourth ball of his third over, skipper Virat Kohli turned to Shankar – with immediate results.

Imam-ul-Haq misjudged the very first ball from the new bowler which pitched on leg stump and brought an lbw verdict, giving India the breakthrough they wanted with the new ball.

Shankar had already finished impressive India innings of 336/5 with 15 from 15 balls and was to return later in the Pakistan response to force Sarfaraz Ahmed to chop onto his stumps.

All this having been told that he would play only the day before the game as part of a batting reshuffle brought on by the injury to opener Shikhar Dhawan.

“Coming on to bowl so early was a surprise for me,” Shankar reflected. “Every bowler would love to get wickets in the World Cup and first of all we need big wickets as a team.

“I have been batting well, and bowling is something which I know will be very handy for me. It is important to improve all aspects of my game so when the situation comes along, I will be ready for all situations.

“I have to be flexible in my role, batting, and bowling. I am someone as a cricketer who feels it is very important to be able to adapt quickly to the situation.”

That was far from the only requirement of flexibility as Shankar, due to bat at number four, slotted down the order after the fall of Rohit Sharma to allow big-hitting Hardik Pandya more time at the crease.

He eventually emerged at number six but found no difficulty in taking guard as late as the 46th over. Indeed, Shankar has become used to being handed responsibility at short notice after making his ODI debut as recently as January this year.

Kohli trusted him to bowl the last over of an ODI in Nagpur in March with Australia needing ten runs to win. Cool-hand Shankar finished things in style with the wickets of Marcus Stoinis and Adam Zampa to seal an eight-run win.

He said: “I was batting at six and seven in my first innings for India, I batted there against Australia and performed that same role so it was nothing new for me.

“I just think it was a great opportunity to make my World Cup debut against Pakistan when there would be so many people watching the game. I try to enjoy each and every moment.”