Write Steve Smith off at your peril: Steve Waugh sends warning to England

Smith is returning to the Test cricket after facing a 12-month ban for his involvement in the ball-tampering in the Test match against South Africa at Cape Town. 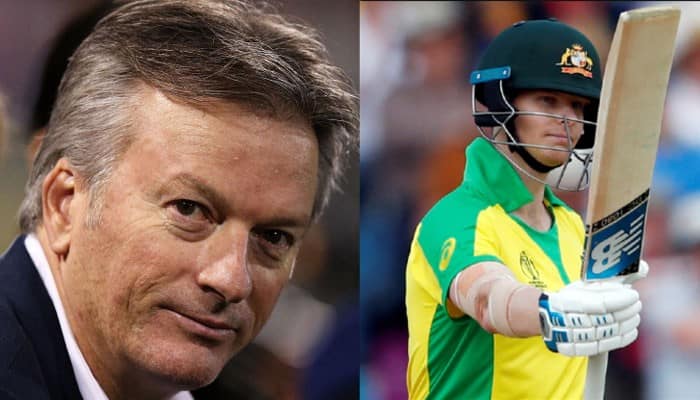 Melbourne: Former Australia captain and team mentor Steve Waugh on Tuesday backed Steve Smith and said he will find a way if English crowd passes bad comments against him, ahead of the upcoming first Ashes Test.

"The thing I know about Steve Smith is he always finds a way. If someone`s going to write him off or say he`s not what he used to be, they do that at their peril because he`s a guy that finds a way," cricket.com.au quoted Waugh as saying.

Smith is returning to the Test cricket after facing a 12-month ban for his involvement in the ball-tampering in the Test match against South Africa at Cape Town.

The 30-year-old Smith, who made his return in ODI format in the recently concluded ICC Men`s Cricket World Cup and amassed 379 runs for his side in ten matches.

England defeated Australia in the semi-final match by eight wickets and ended their World Cup campaign.

"His training and his work ethic are exceptional, I`ve never seen a guy hit as many balls. He`ll be thoroughly prepared for the first Test match," Waugh added.

Apart from Smith, David Warner and Cameron Bancroft are also making their comeback in the Australian squad. Both Warner and Bancroft were also involved in the sandpaper gate with Smith.

Waugh who is the most recent skipper to lead an Ashes-winning tour to the UK said English crowd are the best in the world.

"From my experience with English crowds, I am sure they want England to win but when opposition teams play well - and we`ve had success here - the English crowds are the best in the world," Waugh said.

"They really appreciate good cricket, and I hope that`s going to be the case. There will be a small element that`s going to make it tough for our guys, but that`s a professional sport and it`s water off a duck`s back that sort of stuff. They`re ready for it and they`ve experienced it before," he added.

Australia will play against England in the first Ashes at Edgbaston on August 1.