Irfan Pathan will make his acting debut opposite popular Tamil actor Vikram, who is called Chiyaan by his fans. 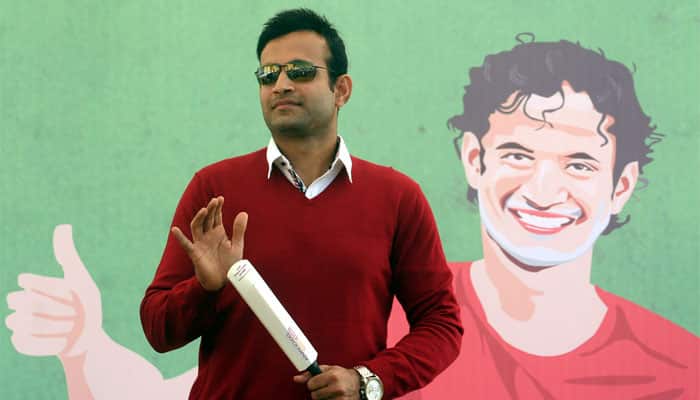 Former Indian pacer Irfan Pathan on Monday took to Twitter to announce that he set to start his acting career with a South Indian movie. Irfan will act opposite popular Tamil actor Vikram, who is called Chiyaan by his fans. Ajay Gnanamuthu who has directed films like Demonte Colony, and Imaikkaa Nodigal will direct the film.

Though Irfan stopped short of revealing details about his role in the film but posted a video with a caption: "New venture,new challenge looking forward to it".

"Welcome on board @IrfanPathan Can`t wait to unleash your new avatar to the audience!! Time for some solid action!!," tweeted Gnanamuthu, along with a picture of himself with Irfan.

The producers of the film posted a tweet confirming Irfan was on board. "Proud and honoured to introduce @IrfanPathan in #ChiyaanVikram58 in a super stylish action avatar!! Welcome on Board sir and wish you a sensational debut," read a tweet by co-producers Seven Screen Studio.

Irfan last played an international match in 2012 during a Twenty20 International (T20I) match against Sri Lanka on October 2, 2012. Pathan represented Indian in 29 Test matches, claiming 100 wickets. He played 102 ODIs for India and took 173 wickets and also scored 1,544 runs, with five fifties. He also played in 24 T20Is and grabbed 28 wickets.