At Stumps on Day 3, Pakistan were reeling at 64/3 and still trail by 276 runs in reply to Australia's first inning score of 580. 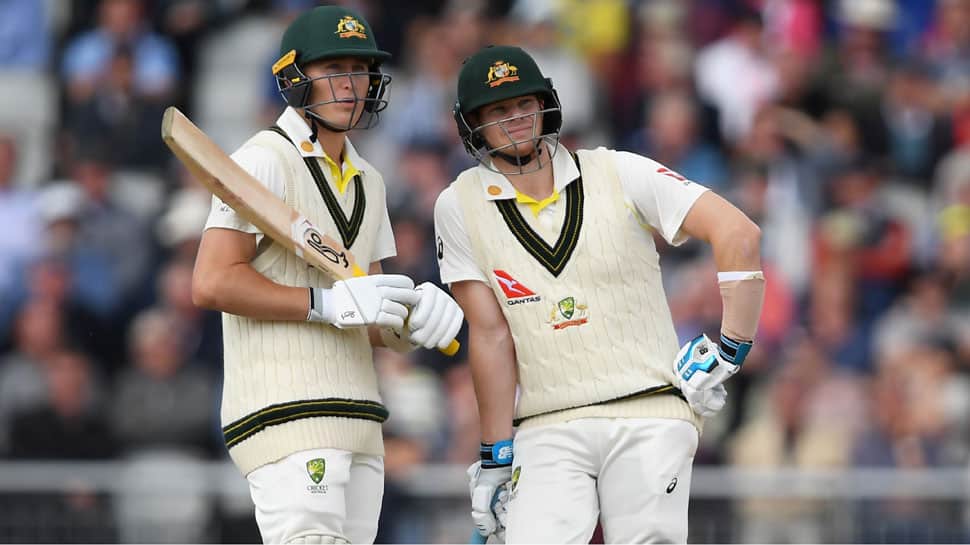 Brisbane: A brilliant maiden century by Marnus Labuschagne followed by a fiery bust by pacers put Australia in a commanding position against Pakistan on Day Three of the first Test being played at The Gabba.

At Stumps on Day 3, Pakistan were reeling at 64/3 and still trail by 276 runs in reply to Australia's first inning score of 580.

Resuming the day at 312/1, Australia lost David Warner early as he could add just three runs to his overnight score before he became the first Test scalp of young pacer Naseem Shah.

Steve Smith, who came in next, missed out on opportunity to make the most of the conditions on offer and was bowled by leg-spinner Yasir Shah. This was the seventh time in Test cricket that Yasir had got Smith out.

However, Labuschagne didn't let these thing wither him as he continued batting with ease and determination and went on to score his maiden Test ton. Along with Mathew Wade, he stitched a 106-run partnership and made sure the visitors didn't have any respite.

Wade then became the first scalp of Haris Sohail who got him caught behind at his individual score of 60. Travis Head also contributed with 24 before Haris got the better of him.

The lower-order couldn't contribute much and it was all about Labuschagne converting his first Test ton into a double. However, he missed out on a well-deserved double ton as Left-arm pacer Shaheen Afridi got him caught by Babar Azam at the individual score of 185.

The hosts lost the last few wickets in a heap and they were ultimately bowled out for 580, having a lead of 350.

Pakistan started their second innings poorly as they lost opener Azhar Ali in the third over. The skipper was trapped in front by Mitchell Starc after contributing just five runs. The Australian left-arm pacer in his next over got the wicket of Haris (8) who hung his bat on a delivery well outside off and got caught at slips.

Asad Shafiq, who came in next didn't last too long and was caught at slips of the bowling of Pat Cummins. He went back to the pavilion without scoring a run.

Opener Shan Masood, however, kept batting at one end and along with Babar Azam took the team's score to 64. At the end of the day's play, Shan was batting at 27 and was accompanied by Babar with 20.