All-rounder Vijay Shankar was given the nod ahead of middle-order specialist Rayudu by the then selection committee, led by Prasad. 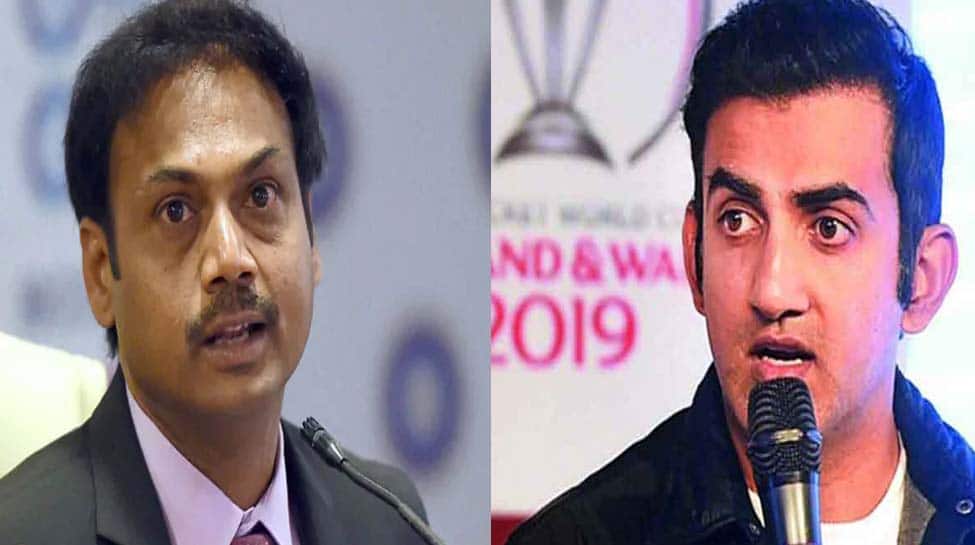 Former India cricketer Gautam Gambhir and former chairman of selectors M.S.K. Prasad were involved in a heated exchange during Cricket Connected show over the omission of Ambati Rayudu from India's squad for 2019 World Cup.

All-rounder Vijay Shankar was given the nod ahead of middle-order specialist Rayudu by the then selection committee, led by Prasad. Shankar was also referred to as a three-dimensional player when asked about his inclusion in the team.

Before moving on to Rayudu's topic, Gambhir also spoke about the lack of communication on behalf of selectors when a player gets dropped from the team. Citing examples of himself, Karun Nair, Yuvraj Singh and Suresh Raina, the former India opener took aim at Prasad.

"When I was dropped after the 1st Test against England in 2016, there was no communication. You look at Karun Nair who has said there is no clarity given to him. You look at Yuvraj Singh... you look at Suresh Raina," Gambhir said during the show.

"Look at what happened to Ambati Rayudu -- you picked him for two years. Two years he batted at number four. And just before the World Cup, you needed a 3-D? Is that the kind of statement you want to see from a chairman of selectors that we need a 3-D cricketer?" Gambhir asked.

"At the top (of the line-up), everyone was a batsman -- Shikhar Dhawan, Rohit Sharma, Virat Kohli, there was nobody who could bowl. And someone like Vijay Shankar, who bats at the top-order, could be helpful with the ball in the English conditions," said Prasad.

He also added that Shankar's domestic records were through the roof and he got picked based on that as well. To this, former chairman of selectors Krishnamachari Srikkanth, who was also part of the discussion, pointed towards the gap between international and domestic cricket.

"Not supporting Gautam or belittling you MSK but there is a huge difference between international cricket and domestic cricket," said Srikkanth.

"I agree with Chika that there is a difference but you also have to understand that experience cannot be the only parameter all the time (for selecting players). You may miss out on many players in the process," MSK responded.