Getting selected for series against India means a lot, says Rahkeem Cornwall

West Indies were not able to register any win in the recently concluded T20I and ODI series against India. 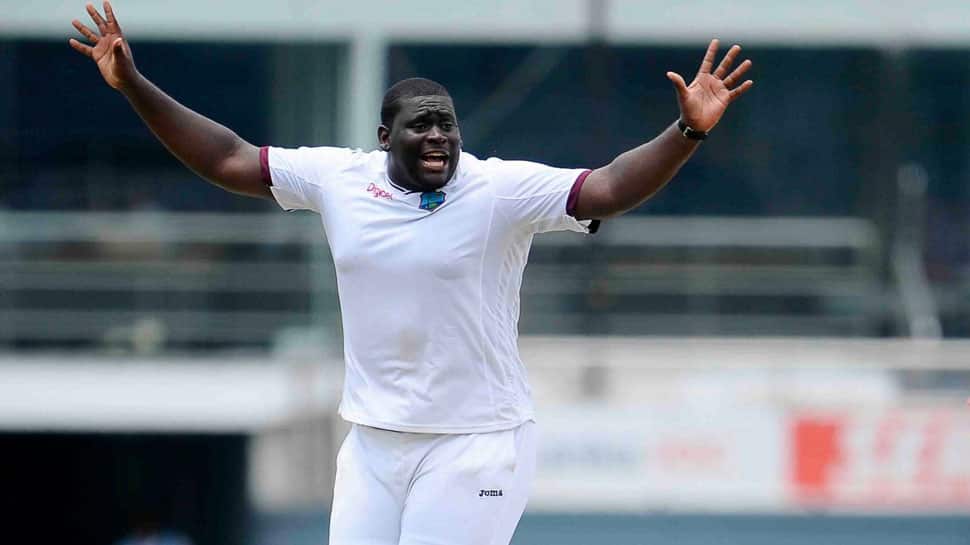 West Indies all-rounder Rahkeem Cornwall who is expected to make his Test debut against India, on Wednesday said that getting selected into the squad means a lot to him.

"Basically, I have worked on getting in the right positions when I play shots. It is good to see the support I have received on being included in the Windies squad. Getting selected into the team means a lot to me, I hope to make the most of this opportunity and make it count," Cornwall told reporters ahead of the first Test match.

Former Windies cricketers Ramnaresh Sarwan and Brian Lara have been helping the team to prepare for the two-Test matches against India. Cornwall said receiving inputs from the duo proved as a learning curve for him.

"My mindset is good. We have had good preparation. Sarwan and Lara gave us their inputs, it was a learning curve for me. These guys dominated the world during their playing days, they taught me a lot," Cornwall said.

"The ball is coming nicely out of my hand. I am trying to work on my consistency. I am trying to learn from other guys, I hope to bring my positivity to the team," he added.

If we play well collectively, we have a chance of beating India: Ramnaresh Sarwan