Give our players time, they are Pakistan's future: Azhar Mahmood

Pakistan’s World Cup opener began with more of a whimper than a bag as they went down to West Indies. 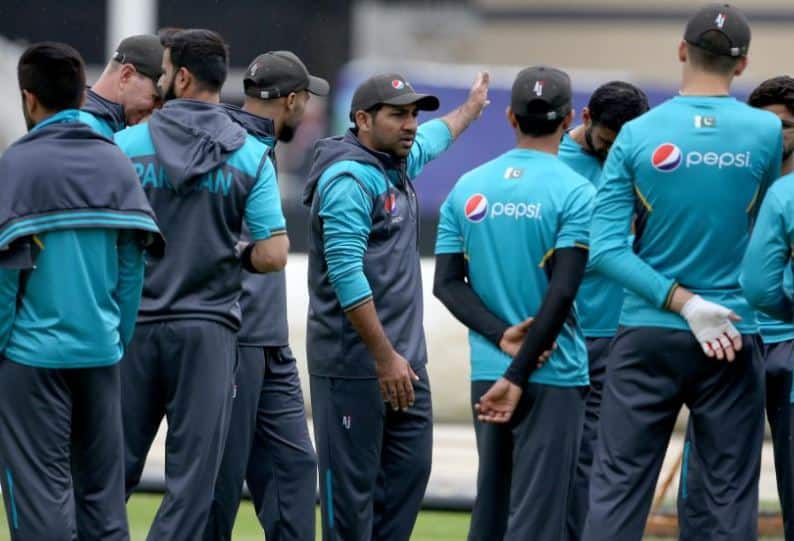 NOTTINGHAM: They might have lost 11 games on the trot, and despite an early crack in their World Cup campaign, Pakistan bowling coach Azhar Mahmood believes his players possess the pedigree required to excel at the international level.

Pakistan’s World Cup opener began with more of a whimper than a bag as they went down to West Indies. As expected, questions began to be raised on whether this team has what it takes to go the distance in the tournament, but Azhar reassured that the current crop of players are indeed the future of Pakistan cricket and that with a little more experience, this bunch has the potential to become world beaters.

Pakistan, who recently became the first team to score three-straight 300-plus totals, find themselves struggling to win matches. Pakistan batsmen have scored nine centuries this year and their top order, which comprises Babar Azam, Fakhar Zaman and Imam Ul Haq, all possess an average of over 50 in one-day internationals.

“The former players have played with us in past and we know that what they were and what they’ve been thru. If team isn’t playing good then criticize on cricket, but personal attacks aren’t good. I just request all that this is your team and you all must back this team. Today team is struggling but good times will come. These were same players who have won champions trophy. These players are the future of Pakistan cricket. Give them 100 more games and you’ll how much of a difference it makes,” Azhar said.

The biggest problem however which Pakistan face is to search for that one win capable of lifting their spirits. Five losses to Australia and four to England, followed by a warm-up loss to Afghanistan isn’t really the best of records to have entering the World Cup, but Azhar reckons Pakistan need 10 good balls to break this dreadful streak they find themselves in the middle of.

The game on Monday will be played on a surface on which a couple of 400-plus scores have been registered by England, twice breaking the record for the highest total in one-day internationals. England piled up 444 for 3 against Pakistan in 2016 and went on to better it by scoring 481 for 6 against Australia last year.

“It’s true that we have lost eleven games and we are in search of one win. We have set our plans for that and just need proper execution to achieve that. This team has the ability to bounce back and god willingly, we will do at tomorrow,” he said. “11 matches also include five matches of Australia where we were without our top players. We are not among the people who give up easily. We have always bounced back after being knocked down and we will do that again.

“I am hearing that people are talking about 480/500 score on this wicket, let me tell you that England has too play 300 deliveries to score that much and we just need 10 good deliveries, 10 wicket taking deliveries. And this bowling line has ability to bowl England out for under 300.”

Of late, even the zip in Pakistan’s bowling seems to have gone missing. Mohammad Amir continues the search for early swing, which once made him a feared bowler. He, however, showed spark in the first game against West Indies picking up three top-order wickets in defense a small total, which did not miss catching Azhar’s attention.

“Amir’s return to wicket graph is a good sign. We were struggling with new ball but now good that he’s back on track. And, I am sure he’ll do that,” Pakistan’s bowling coach said.

“Hassan Ali’s graph has gone down but he’s taking wicket. He has the ability and I am sure he’ll make a comeback. We are not struggling with taking wickets but I am sure we’ll do that.”

The last time England and Pakistan faced each other, Eoin Morgan’s men blanked Sarfraz Ahmed and Co. 0-4, and despite the thrashing Azhar denied it would be an upset if Pakistan beat England.

“No upset. We can beat them,” said Mahmood. “It’s not upset. We have ability to beat them. If you see the one-day series, we were not that far from England. They scored 1430-odd runs, we scored 1370 runs, so we were 70 runs short.

ICC World Cup 2019: Bangladesh fight fire with fire as they score their highest ever ODI total in win over South Africa