Maxwell became Australia's first player to score three T20I centuries on Wednesday, with an unbeaten 55-ball knock of 113 in the seven-wicket win over India in Bengaluru. 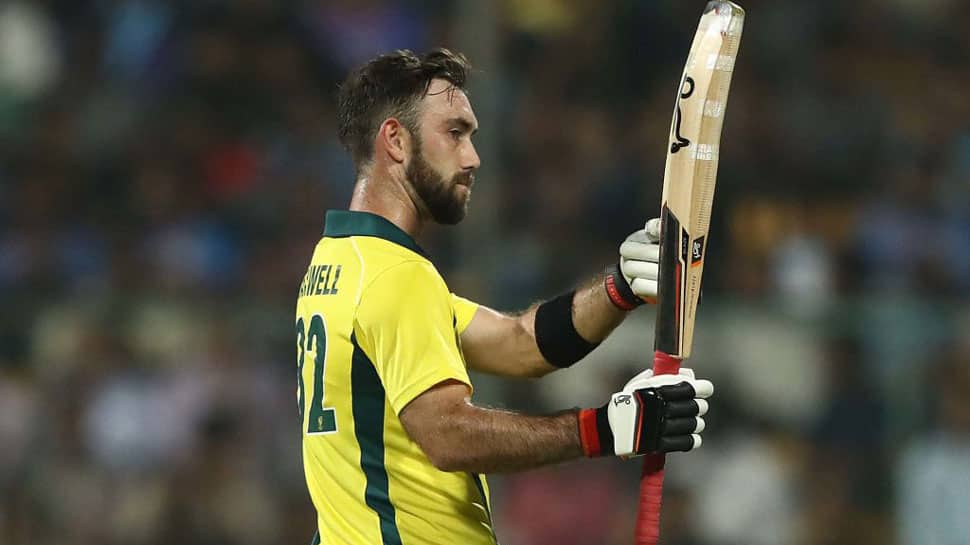 In-form batsman Glenn Maxwell hopes Australia can carry the momentum from their Twenty20 international series win in India into the 50-over format, as they look to build towards this year's World Cup in England.

Maxwell became Australia's first player to score three T20I centuries on Wednesday, with an unbeaten 55-ball knock of 113 in the seven-wicket win over Virat Kohli's team in Bengaluru.

"We haven't had a lot of success over the last nine-10 months. It's a tough place to come, they're different conditions to back home," said Maxwell, who also scored an important half-century in the first win in Visakhapatnam on Sunday.

"Winning momentum is really good momentum, so if we can keep that going towards a World Cup it's only going to hold us in good stead," he added.

Australia and India start a five-match ODI series in Hyderabad on Saturday, with both teams eager to fine-tune their plans for the May 30 to July 14 World Cup.

Maxwell, one of Australia's top performers during their 2015 World Cup win on home soil, has had patchy form in the 50-overs game over the past year and batted seventh in the order in the recently concluded ODI series against India on home soil.

Batting at number four in the T20Is, Maxwell shelved his usual flamboyance in the Bengaluru innings, having got himself out slogging in the series-opener.

"I was actually quite calm for most of it. The pleasing thing was I don't feel like I took too many ridiculous risks, I had a really good read of the game," he said.

Once the top dogs of one-day cricket, Australia have slumped to sixth in the world rankings, losing their last six ODI series in succession in a dismal two-year period since defeating Pakistan at home in January 2017.

"We've been on a journey for the last 10-11 months building up towards a World Cup and there has been a little bit of pain during that period," Australian limited-overs captain Aaron Finch said.

"We've taken our fair share of knocks along the way, but as long as we keep improving and peak at the right time that's all you can ask," he added.