Hardik Pandya can hog the limelight like Lance Klusener did in 1999 World Cup: Steve Waugh

It may be recalled that Pandya had scored a blistering 48 runs off just 27 balls, with three sixes and four boundaries, in the match against Australia. 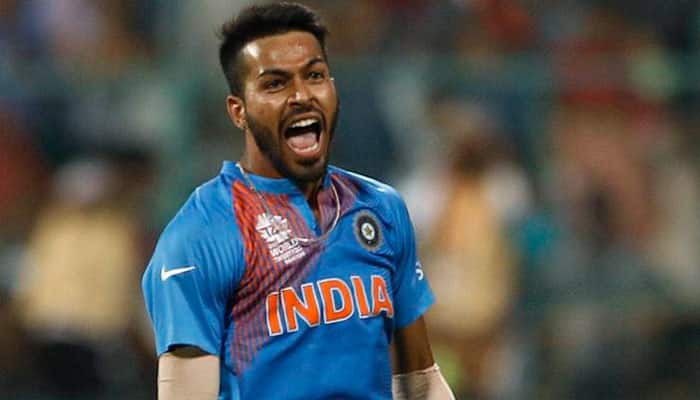 Former Australian captain Steve Waugh on Tuesday heaped praises on Indian all-rounder Hardik Pandya and said that his innings against Australia at The Oval will send shivers down opposition spines. Comparing Pandya with South Africa’s aggressive allrounder Lance Klusener, Waugh said that Pandya has the potential to grab the attention like Klusener did in the 1999 World Cup in England. “It’s Hardik Pandya’s innings that will send shivers down the opposition spines. He has the ability to finish with some clean hitting that no opposing captain can protect,” Waugh wrote in the ICC’s official website.

It may be recalled that Pandya had scored a blistering 48 runs off just 27 balls, with three sixes and four boundaries, in the match against Australia and his innings played an important role in helping India post a winning total of 352 runs.

After the match, Indian captain Virat Kohli had also praised Pandya and provided some insight into his batting approach. “Honestly, he (Pandya) doesn’t really care which tournament he’s playing. He just wants to go out there and express himself, and that’s his strength. I believe he should always stick to is that strength, and that’s why we back him so much. He has this great game-changing ability and believes in himself a lot,” Kohli had said.

“He (Pandya) has clarity of thought and a brilliant striking ability. He knows he’s batting really well now. In the past, he used to try hard but I think what this IPL (Indian Premier League) has done for his batting is that he now believes he can clear the boundary whenever he wants. So he’s not trying to over-hit the ball but just timing it well. That way you are not forcing to make anything happen. The bowler also gets under pressure because he needs to get it right. And that is an amazing place to be in, which he’s going through now,” said the Indian skipper.

ICC World Cup 2019, Australia vs Pakistan: As it happened