Pandya is also set to miss the T20I series against Bangladesh which will be played starting November 3. 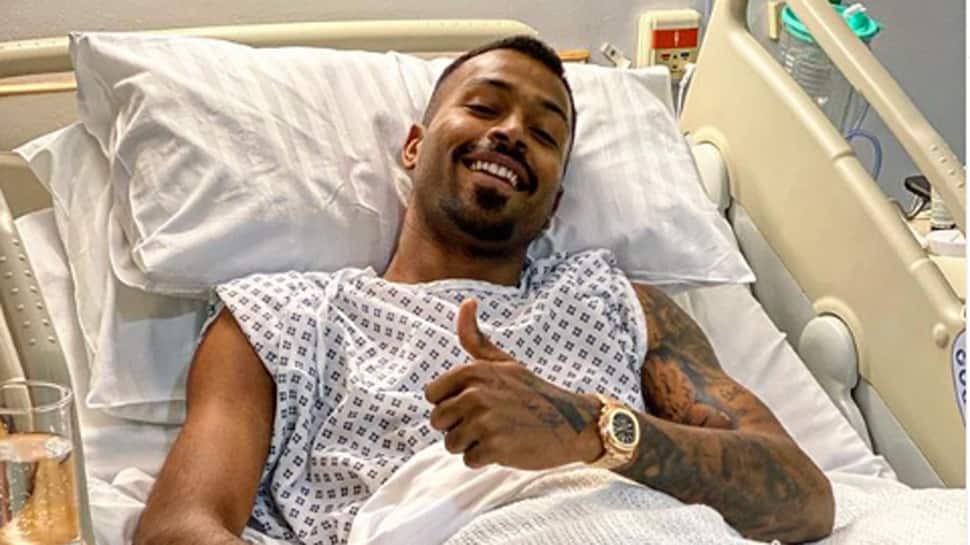 London: Indian all-rounder Hardik Pandya underwent a "successful" surgery to treat his lower back issue which has ruled him out of cricket for an indefinite period.

On Saturday, Pandya posted an image on Instagram with a caption: "Surgery done successfully. Extremely grateful to everyone for your wishes. Will be back in no time! Till then miss me."

The Board of Control for Cricket in India (BCCI) revealed that Pandya had complained of lower back pain during the side's third T20I of the three-match series against South African in Bengaluru.

"Hardik Pandya complained of lower back pain after India’s final Paytm T20I against South Africa in Bengaluru on 22nd September. The BCCI Medical Team consulted a panel of spine specialists in England and they recommended surgery for a long-term solution of this issue," the BCCI said in a press release.

"The all-rounder travelled to London on 2nd October with Team India physiotherapist Yogesh Parmar. On Friday, a successful surgery was conducted. Hardik will soon commence his rehabilitation process," the country's cricket board added.

Pandya last featured in the three-match T20I series against South Africa where he aggravated his back. He, was, therefore not picked in the squad for the ongoing three-Test series against the Proteas.

Pandya is also set to miss the T20I series against Bangladesh which will be played starting November 3.

The 25-year-old, who has played 11 Tests, 54 ODIs and 40 T20Is, will be an integral part of the Indian team during the next year's World T20 slated to be held in Australia.