The 36-year-old batsman has been named in South Africa's 15-member squad for the marquee event, which is slated to take place from May 30 to July 14 in England and Wales. 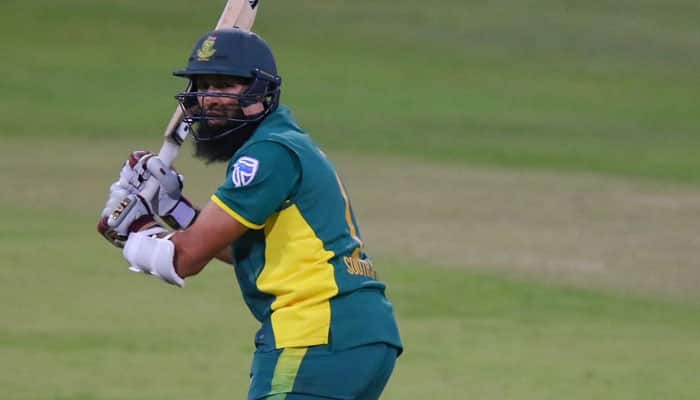 South Africa veteran batsman Hashim Amla is all set to miss the last few matches for Cape Cobra in the CSA T20 Challenge in order to 'fine-tune' his batting ahead of the 2019 International Cricket Council (ICC) World Cup.

The 36-year-old batsman has been named in South Africa's 15-member squad for the marquee event, which is slated to take place from May 30 to July 14 in England and Wales.

Keeping the same in mind, out-of-form Amla decided to make himself unavailable for the remaining fixtures of the Cape-based franchise in the ongoing T20 Challenge in order to secure vital game time.

“I have opted not to make myself available for selection for the World Sports Betting Cape Cobras for the remainder of the CSA T20 Challenge. I express my sincere gratitude to the Cobras coaching staff and team for the game time over the last 3 weeks, given the circumstances," Sport24 quoted Amla as saying.

"Ultimately, I want to use the remaining time before the ICC Men’s Cricket World Cup to fine tune my batting and prepare for the tournament,” he added.

Though Cobras have won five out of the eight games they have played so far, Amla has managed only 92 runs out of them with a top score of 32

Earlier this week, the top-order South African batsman briefly left the Cobras squad in order to be with his ill father. He had previously also left the South Africa squad in March due to the same reason.

South Africa will kickstart their ICC World Cup campaign against England at the Oval on May 30.