'He had Dhoni in all sorts of trouble': Harbhajan Singh recalls unique tale involving MSD and Varun Chakravarthy

The 2007 and 2011 World Cup winner feels that the team management should back his Indian Premier League teammate and Kolkata Knight Riders spinner Varun Chakravarthy, who the veteran cricketer believes to be a "T20 World Cup material". 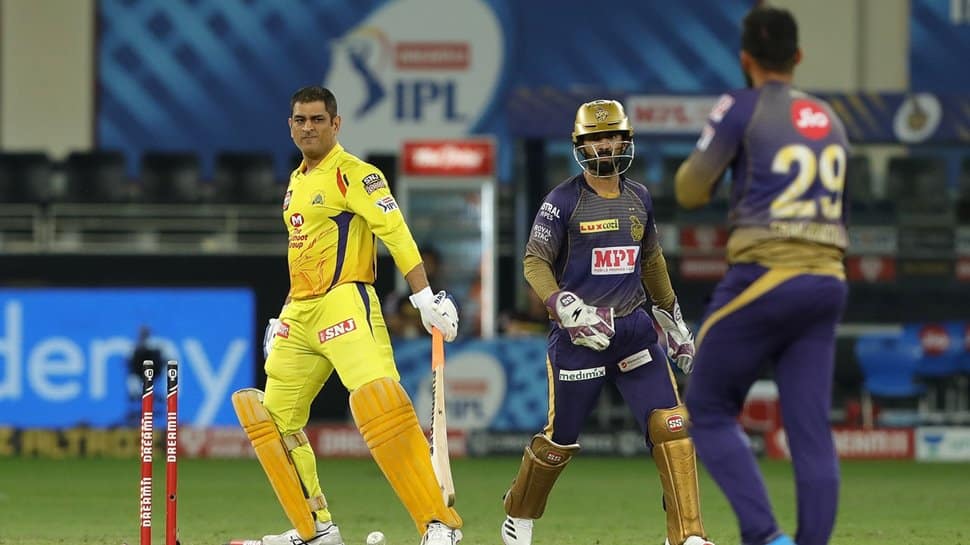 'He had Dhoni in all sorts of trouble' (IPL/File Photo)
Share:
Written By:

With the T20 World Cup approaching and Team India still struggling on the spin front, Harbhajan Singh has come up with a brand new solution. The 2007 and 2011 World Cup winner feels that the team management should back his Indian Premier League teammate and Kolkata Knight Riders spinner Varun Chakravarthy, who the veteran cricketer believes to be a "T20 World Cup material".

Speaking to Sports Tak, Harbhajan shared his insights about the mystery spinner, who has been a regular face in the KKR attack.

"I feel that is T20 World Cup material because he has all types of qualities. He can take wickets, stop runs, bowl in the Powerplay and can even bowl in the death overs. His only shortcoming is that he remains way too nervous. I spent some time with him in KKR. He himself doesn't know what he is capable of," said Harbhajan.

Harbhajan also shared a story involving Chakravarthy and former India skipper MS Dhoni, who had a tough time dealing with the spinner. Reminiscing the moment, Harbhajan said it was at that particular time he knew the bowler would feature in the Indian national team.

"The first time I had seen him was during a net session with Chennai Super Kings. MS Dhoni was hitting the rest of the fast bowlers and spinners for sixes but when Chakravarthy was bowling, he had Dhoni in all sorts of trouble and dismissed him several times. And no one was able to hit him in the nets. That's when I had predicted that this guy is going to play for India. He has a bit of nervous energy but the more he plays, the better he is going to get," said Harbhajan.

"Give him some time and I still believe that if India have to do well at the T20 World Cup, the spinners have to do well. Varun Chakravarthy should be a must for India. He has everything you need in a spinner. If he needs to bring about an improvement, he should focus more on what he needs to do on the field. With time, he is going to get better and take lots of wickets for India," added the veteran off-spinner.

After an impressive IPL 2020, Chakravarthy was given a maiden call in the Indian team in October last year for the T20I series in Australia. However, the spinner was forced to sit out due to an injury and he finally made his India debut during the first T20I against Sri Lanka on Sunday.